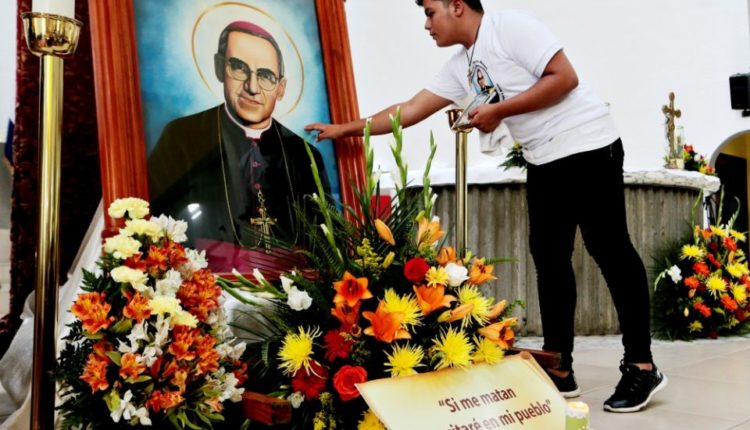 In the midst of so much painful recent news, I am finding it difficult to stay positive. I keep searching for the “best of times” to balance the “worst of times” through which we now seem to be living. If you have the stamina to read through this week’s mournful list, you will be rewarded.

Are you depressed yet?

If not, it must be because you, like me, have at least a modicum of faith. St. Paul does tell us, “All things work together unto good for those who love God” (Romans 8:28).

Not some things — all things.

Sometimes, it is pretty hard to believe that. (Perhaps this is why we call it “faith.”)

The last time I felt this discouraged was in the late 1970s and ’80s when my country was funding a brutal Salvadoran regime that used death squads to murder its own people — including the archbishop of San Salvador, Óscar Romero, who was canonized on Sunday.

In 1989, six Jesuits, their housekeeper and her daughter were gunned down in their residence at Central American University in San Salvador. These church workers were among tens of thousands killed during many years of political unrest in Central America.

As corrupt as the Catholic Church has been at times, there are other times that faith in the Gospel of Jesus shines so brightly it renews the face of this sad earth.

The slain churchwomen, the Jesuits, their housekeeper and her daughter, and Romero were instrumental in challenging and changing the face of a corrupt and murderous regime in El Salvador.

They were not overcome by evil but overcame evil with good (Romans 12:21).

And they inspired many others to work for justice, provide sanctuary for political refugees and force U.S. immigration officials to research political asylum claims before summarily deporting innocent people whose only crime was fleeing certain death.

I know, because my parish — the Community of St. Malachi — was one of them.

And today, thanks be to God, numerous other congregations are providing sanctuary to immigrants facing deportation. Catholic Charities, U.S. bishops, and U.S. sisters are asking people to publicly comment by Dec. 30 about the danger of cutting services to immigrant families.

In the midst of growing consternation about my country and about my church, I find myself searching for perspective. The words of St. Óscar Romero help me remember who I am and who I am called to be:

We must recall that the only order and the only peace that God wants is the one based on truth and justice. Before these alternatives, our choice is clear. We will follow God’s order, not men’s. [Jan. 7, 1979]

If I point to political affairs here, it is often because of the corruption of political affairs, so that those whom God loves even when they are mired in sin may be converted, too. [March 18, 1979]

We know that every effort to better society, especially when injustice and sin are so ingrained, is an effort that God blesses, that God wants, that God demands of us. [March 24, 1980, from Romero’s last homily. He was assassinated at its conclusion.]

I’m also heartened by the wisdom of Steven Kelly, a lawyer who represents clergy sex abuse victims: “I am a practicing Catholic, I have not left the church. I believe that the church does not belong to the people who covered this stuff up.”

Another saint — Catherine Kasper — was canonized yesterday. Catherine founded the Poor Handmaids of Jesus Christ, an order of sisters who cared especially for abandoned women and children. The order’s lovely name suggests they do not hesitate to view the poor — and women — as imaging the Christ to whom they have given their lives.

The church belongs to us. We become the body of Christ most truly when we embrace the witness of the best among us and go and do likewise.

Yesterday was the feast of yet another great saint — Teresa of Avila. Her autobiography chronicles her warmly human, sometimes funny, and intensely intimate relationship with God. Because of her writings, many thousands of others — myself included — fell quite in love with this mysterious God who alone makes life worth living.

It was this simple, yet profound relationship that led Romero and the other Salvadoran martyrs to give their lives on God’s behalf — as revealed in God’s best-loved poor ones.

Here is one last passage by Romero that explains why we Christians do what we do:

It is wrong to be sad. Christians cannot be pessimists. Christians must always nourish in their hearts the fullness of joy. Try it, brothers and sisters; I have tried it many times and in the darkest moments, when slander and persecution were at their worst, to unite myself intimately with Christ, my friend, and to feel a comfort that all the joys of the earth do not give — the joy of feeling oneself close to God, even when humans do not understand one. It is the deepest joy the heart can have. [May 20, 1979]

(All quotations by Romero are from The Church Is All of You: Thoughts of Archbishop Oscar Romero, compiled and translated by Jesuit Fr. James Brockman.)

[St. Joseph Sr. Christine Schenk served urban families for 18 years as a nurse midwife before co-founding FutureChurch, where she served for 23 years. She holds master’s degrees in nursing and theology.]