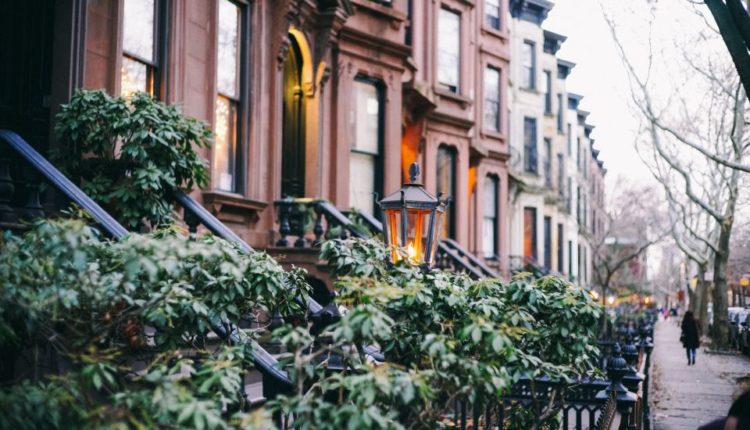 I lived in Brooklyn, New York, in the late 1980s through the early ’90s. Brooklyn today is filled with Starbucks and hipsters, but back then it was a dangerous, crime-ridden borough. I had a handwritten sign taped to the side window of my car, “Radio already stolen, please don’t break glass.” I kept something called “The Club” in my car, which I’d lock onto the steering wheel whenever I parked, ensuring that whenever the inevitable car theft occurred, the occupant could not get very far.

My wife and son and I lived in the Borough Park section of Brooklyn, which was considered relatively safe. Our house was broken into only once during the entire five years we lived there, for which our friends considered us quite fortunate. We lived in a small row house, and people on the block were friendly, saying hello as they walked by. Their children would come down to play with our son in our tiny front yard.

Borough Park was an interesting mix of Italian-American Catholics and Hasidic Jews. There was definitely a palpable tension that existed between the two groups, although it never broke out into outright hostility. We were of Irish-Catholic descent, so we were considered outsiders to both groups.

Borough Park was also very white. I cannot remember one person of color living on our block or even nearby. I cannot even recall a person of color walking through. And in 1989 there was a terrible racial incident that occurred less than a mile from where we lived. A 16-year-old black male named Yusef Hawkins took the subway to purchase a used car he had seen advertised; a group of white teenage males attacked him and his friends. They shot Yusef to death. It was a horrific crime that took place not very far from where we lived.

About three years later, it was announced that a house for sale at the end of our block was being purchased by the Catholic Guardian Society, and this nonprofit agency was going to convert it into a residence for eight adults with developmental disabilities. There was an immediate outcry. While the Italian-American Catholics and the Hasidic Jews could not agree on much, they could agree that this house had to be stopped.

It was the talk of the block, and meetings quickly ensued. I could not understand the opposition. A house for people on the autism spectrum or individuals with Down syndrome? So what? Yet everyone was opposed and determined to block it.

I finally attended one of these meetings. It was held in the basement of an American Legion hall or something similar. Person after person launched into a diatribe over the outrageousness of this project. None of it made sense to me until one elderly man proclaimed, “This house has to be stopped. After all, some of the people they admit there might be black!”

There was an immediate silence. I looked around the room. Everyone stared at the floor. And I thought, “OK, now I know what the real issue is.”

It was announced that the formal city council hearing to vote on the house would take place a few weeks later. I decided that I would attend and make a statement. Up until this point, I had yet to say anything.

I showed up on the scheduled night, in a local school auditorium, and spotted the sign-in sheet to speak. I wrote down my name, noticing that I was the first one.

I took my seat in the audience and waved to a few neighbors who were there. The meeting began and at some point the council chair announced it was time for public comment.

“Only one person has signed up to speak,” he said. “Is Mark Redmond here?”

I could not believe it. I was the only one speaking, at this, the formal vote? Where was everybody else, all the people who had attended all the various meetings and been so vociferous?

My neighbors all turned around and looked quizzically at me. My immediate inclination was to back down, to forfeit the opportunity to speak.

But I couldn’t do that. I had to go forward. My conscience would not let me do otherwise.

I walked up to the podium and looked out at the city council members and the audience.

“First,” I said, “I know the Catholic Guardian Society. I work for another Catholic nonprofit agency, and I know they are highly professional. I have confidence in their ability to do a good job.

“Second, I live on the block where this house is being proposed. It’s a nice block in a nice neighborhood. People are friendly. It’s clean. It’s safe. If I had a brother or a sister with a developmental disability, an uncle, an aunt, a friend — I’d want them to live on this block, in that house. So I am not opposed to it, in fact I hope that you, the members of the city council, vote in favor of it.”

I started to walk back to my seat, and I could just feel the stares of hatred directed at me from those in the audience. I really could. And as I passed a female member of the city council, she reached out to me and whispered, “That was so moving, so beautiful.”

The chair of the council then stood.

“Call to vote. Those in favor?”

Not one hand went up.

Every member of the city council, including the woman who had just complimented me, voted against it.

I went home, and from that point on we were persona non grata on our block. No one ever said hello again as they passed by. Children stopped coming over to play with our son.

Despite the city council vote, the Catholic Guardian Society opened the house. This was because of the Padavan Law in New York, which stipulated that in order to stop a project like this, it had to be proven that the area was already oversaturated with social service programs. No one could prove that, so the project moved ahead.

That was 26 years ago. Much has changed in my life. I now live in Vermont. That little boy who played in the front yard is now married with two sons of his own. And I think about this episode not infrequently, because it was one of the first times in my life when I had to stand up for what was right and good and true, knowing that it would not be popular, that it would cost me.

Evelyn Underhill wrote in The Spiritual Life that the “spiritual personality … is driven by a total devotion which overcomes all personal timidity, and gives a power unknown to those who are playing for their own hand or carving their own career.”

I look back rather amazed and grateful that my soul moved me to overcome timidity and take a stand, for it helped to set my moral compass for the rest of my life