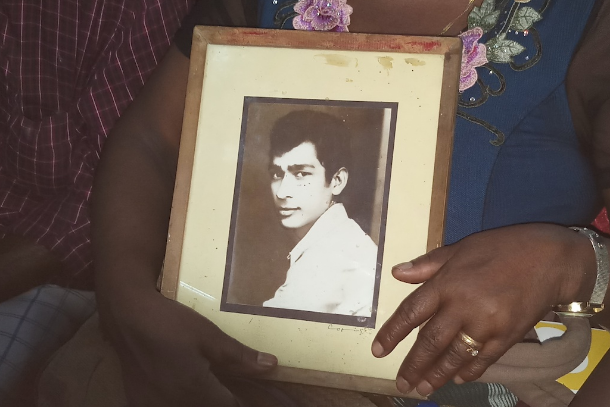 A group of priests and activists in Sri Lanka have urged Cardinal Malcolm Ranjith, the archbishop of Colombo, to refrain from using his office to undermine human rights efforts in the country after he delivered a controversial homily on Sept. 23.The Sunday Mass in Ekala, an industrial area in Western Province, created concern and attracted criticism from rights activists after the prelate suggested human rights were “a myth” propagated for “people with no religion.”The group, including 15 priests and nuns, wrote a letter asking him to avoid any remarks or actions that could inadvertently bring the Catholic faith into disrepute, mislead Catholics, or undermine the country’s human rights framework and dialogue a decade after the 26-year civil war ended.The priests and academics from various dioceses, including war-hit areas, urged him to choose his words carefully when speaking in public.”We were shocked at some of your recent comments saying the issue of ‘human rights’ is something that has only emerged recently, that this constitutes a new Western religion, that it is something meant for those without a religion, that they are a myth, something to be wary of, and that those who believe in [and practice] a religion don’t need to talk about human rights,” they said in the letter dated Oct. 12.”Instead, please support, encourage and lead the faithful, including the clergy, religious and laity, to become more aware of human rights and get involved in struggles for human rights, in line with the 2013 pastoral letter calling to ‘collaborate with God in preserving the dignity and the rights of all,’ not to mention all the broader Catholic teachings related to human rights,” the letter continued.”As Sri Lankan Catholics, we recognize the relevance and applicability of universally recognized human rights to Sri Lanka. And that promoting and protecting the human rights of all is a fundamental and integral vocation of all Catholics, along with others of different religious beliefs and those with no religious beliefs,” it read.”While you stress that it would be wrong to replace religion with human rights, you seem to be advocating for religion at the expense of human rights, despite the oppressive and discriminatory past and present practices of religions, including Catholicism, not to mention complicity with perpetrators,” the activists wrote.The activists said that they had also read a statement of ‘clarification’ the cardinal provided to the Daily Mirror, which they said “in no way provides a different interpretation of your comments in the homily, and which appear, overall, to be aimed at undermining the human rights discourse and frameworks.”In the statement published by the Daily Mail on Sept. 25, Cardinal Ranjith said he “basically intended to say on this matter was that if religion is truly practiced it could take us to achieve levels of justice, going even beyond the expectations of human rights and thus need not be such an issue for our Catholic community and so encouraged the flock gathered at that particular religious ceremony to, therefore, practice their faith truthfully avoiding turning religious values into something that is ephemeral.”The cardinal further went on to explain what role human rights he thought could play in society.”But I do accept that with regard to the essentially non-religious nature of the state, human rights as a common platform has its own role to play. Replacing religion with human rights is not what is to be done but human rights should be further strengthened through the good practice of faith,” he said.Cardinal Ranjith went on to say what he said during Mass was intended to be heard by Catholics.”I wish to reaffirm that these statements of mine have been made purely in the exercise of my pastoral responsibilities towards my flock, to a limited religious gathering without any other purpose in mind,” said Cardinal Ranjith