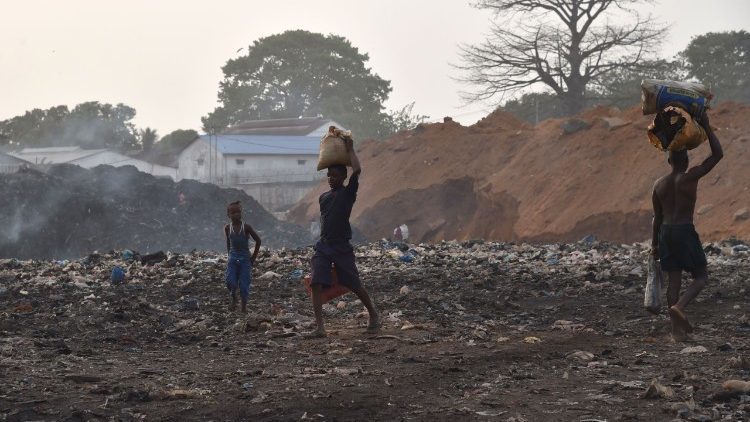 The United Nations International Day for the Eradication of Poverty was observed across the globe on Wednesday.

In a message for the occasion, UN Secretary-General, Antonio Guterres urged the international community to uphold the core pledge of the 2030 Agenda for Sustainable Development of leaving no one behind in its fight to eradicate poverty in all its forms and dimensions.

In his message, Guterres expressed satisfaction that since the first International Day for the Eradication of Poverty 25 years ago, nearly 1 billion people have escaped poverty, thanks to political leadership, inclusive economic development and international cooperation.

However, he regretted that still over 700 million people are unable to meet their basic daily needs. Many live in situations of conflict and crisis; others face barriers in accessing health care, education and job opportunities, preventing them from benefitting from broader economic development. And in all these, women are disproportionately affected.

The theme for this year’s International Day for the Eradication of Poverty is: “Coming together with those furthest behind to build an inclusive world of universal respect for human rights and dignity.”

The UN Secretary-General said that eradicating poverty in all its forms and dimensions, as embodied in Goal 1 of the 2030 Agenda for Sustainable Development, remains one of the greatest global challenges and a major priority for the United Nations.

Recalling that this year occurs the 70th anniversary of the Universal Declaration of Human Rights, the UN chief said that “ending poverty is not a matter of charity but a question of justice.”  He said, “There is a fundamental connection between eradicating extreme poverty and upholding the equal rights of all people.”

Guterres urged the international community to “listen to the millions of people experiencing poverty and destitution across the globe, tackle the power structures that prevent their inclusion in society and address the indignities they face.”

He urged them to “build a fair globalization that creates opportunities for all and ensure that rapid technological development boosts our poverty eradication efforts.2

He enjoined the world to commit itself to uphold the core pledge of the 2030 Agenda of leaving no one behind.