Serbians go to the polls amid multiple concerns 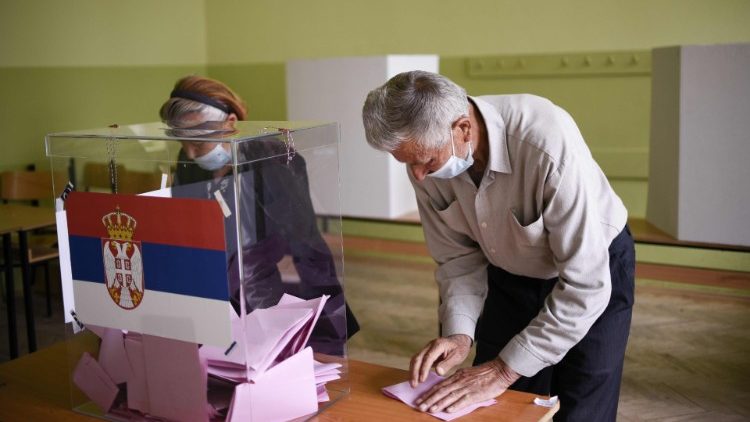 Serbia’s ruling populists are due to tighten their grip on power in the first European national election since the coronavirus pandemic. Voting went ahead Sunday despite concerns for ongoing COVID-19 cases and a partial boycott of opposition parties.

Several opponents boycotted what they called unfair elections. They said President Vucic dominated the campaign with mainstream media under his control and a crackdown on critics.

In the last six months, thousands of people attended weekly protests against the president’s perceived autocratic style. They erupted after opposition leader Borko Stefanovic was beaten up by hooded men.   “I was hit by a knuckleduster.  It was one serious blow in the back of my head, and I immediately fell unconscious. While I was unconscious for 30 seconds or so, they were kicking me in the head and all other things,” he recalled.

President Vucic condemned the violence. But Stefanovic still holds him responsible. “He maybe didn’t give an order. But he created this atmosphere in Serbia for seven years, in which if you disagree with his policies, you are immediately and automatically [seen as] an enemy of the state.”

Critics say it resembles the bloody era of hardline Serbian leader Slobodan Milosevic. The late strongman oversaw the wars of the 1990s, which broke up Communist-Yugoslavia, of which Serbia was a part.

But the former extreme nationalist suggests he has become a moderate seeking European Union entry for Serbia. Because he is president, Vucic is not running for parliament. But he led his SNS party’s campaign with the slogan: “Aleksandar Vucic – For Our Children.”

He claimed at a recent campaign rally attended by thousands of people in Belgrade that most voters support his party’s ideas. “You have elected me to make tough decisions and to make big changes. So that you can have a better and brighter future in Serbia,” he told the crowd.

The president believes that a strong mandate is crucial for his SNS party as it faces national and international challenges. That includes the Western-backed peace talks on the future of Serbia’s breakaway former province of Kosovo.

A U.S.-brokered Kosovo-Serbia summit is to be held in Washington on June 27. Separately European Union officials have announced plans to restart Brussels-mediated negotiations.

Serbia has refused to recognize the independence of Kosovo. And it relied on its traditional ally Russia and China for their support in the dispute as the wounds of Balkan history have not yet healed completely.

About 6.6 million voters were eligible to cast ballots for the 250 seats of the country’s parliament and separately for local governing bodies. Sunday’s vote in the Balkan nation comes despite worries about the coronavirus pandemic.

Health authorities said they provided face masks, gloves, and sanitizers at the polling stations. Voters were advised to use them, but they were not mandatory.

US Bishops: Religious freedom under stress around the world

Pope Francis prays for victims of earthquake in Mexico

France and other governments pressured over coronavirus response

Pope to celebrate Mass for 7th anniversary of Lampedusa…

France and other governments pressured over coronavirus…

German Ambassador to the Holy See on Germany’s upcoming EU…