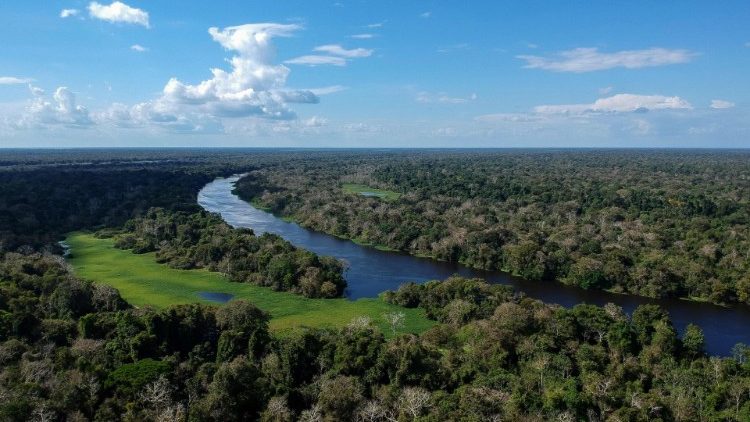 On Monday morning, REPAM published an announcement calling on “urgent and unified action to avoid a humanitarian and environmental tragedy” in the Amazon region.

The Pan-Amazonian Ecclesial Network (REPAM) is raising an alarm regarding the possible “structural collapse” of the Amazon Region. They did so through a press released made public early Monday morning.

Structural collapse in the Amazon

REPAM cites two dimensions behind what they define as a “tremendous force, on a scale never seen before” that is “devastating Amazonia”. They are the Covid-19 pandemic and an “uncontrolled increase in violence in the territories”.

The statement is directed to the indigenous populations and society at large in the Amazon region, the Catholic Church and other religious denominations, governments, human rights organizations, the scientific community, artists and all people of good will to join in defending the “beloved Amazonia, in all its splendor, its drama and its mystery” (Querida Amazonia 1).

The statement then lists each country with territory in the Amazon region and the specific threats each of them face. In Bolivia, it is the lack of government oversight regarding the pandemic and lack of information. It is indigenous in Colombia who are at greater risk because of the systemic poverty they live in. compounded by “food insecurity and malnutrition”. Food insecurity is also cited as a concern for Venezuela as well as the threat of contagion due to illegal mining. The statement notes that thirty-two attorneys representing the Federal Public Ministry in Brazil “have declared that ‘the risk of genocideamongindigenous peoples [that] requires emergency action from public entities’.” Indigenous people who have migrated to large cities in Peru are out of work and “completely unprotected”.

The Alliance of Indigenous Parliamentarians of Latin America has called on the WHO to make recommendations to the countries in the region to help them prioritize measures aimed at guaranteeing the protection of life especially of the indigenous populations. Another local organization, the Coordinator of Indigenous Organizations of the Amazon River Basin, is making a request for donations to an emergency fund to “to protect the 3 million inhabitants of the tropical forest who are vulnerable to the novel coronavirus.” The statement also states that the regional Caritas network is striving to provide material and economic resources, social assistance and spiritual support.

Other viruses afflicting the region

But coronavirus is not the only virus afflicting the region, REPAM declares. Illegal mining and deforestation “continue in full force”, the statement says, citing the Mixed Parliamentary Front for the Rights of Indigenous Peoples in Brazil. As an example of how international companies contribute to these viruses, the statement cites a recent oil spill in April that has “affected approximately 97,000 people living along the banks of the Coca and Napo rivers” in Ecuador. Mining in Guyana is also a concern due to the destruction of the tropical forest and the possible contagion of the local population by miners.

Due to all of these viruses that have descended on the region, the statement ends calling for action to be taken on a global level. It is “a decisive time for Amazonia and for the world, a time of gestation of new relationships inspired by integral ecology, or for the loss of the dreams of the Synod for the Amazon”. The statement recalls Pope Francis’s own impassioned reminder that now is not the time for “indifference”, “egoism”, “division” “forgetfulness”. The Coronavirus “crisis we are facing should not make us forget the many other crises that bring suffering to so many people”.

“This is a call from the indigenous peoples of Amazonia, because you are ignoring us”, says José Gregorio Díaz Mirabal, from the Wakuenai Kurripako people of the Venezuelan Amazon.

Pontifical Academy for Life: Yes to artificial intelligence, but with ethics

How Catholic education in the U.S. has changed due to…