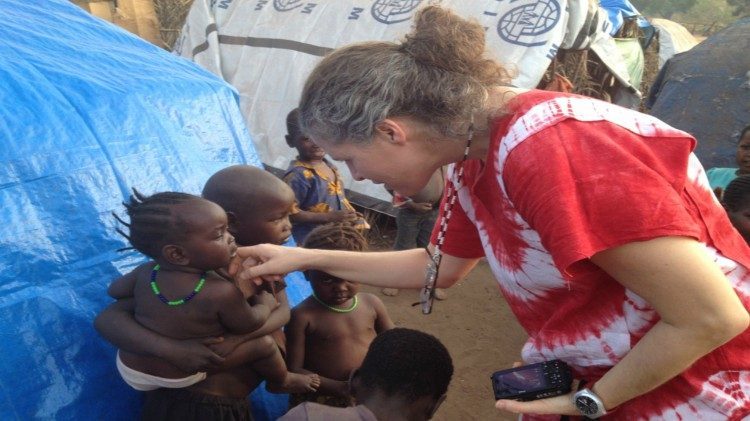 How can the work of women religious in justice, peace and anti-trafficking efforts be more effectively included into policies at government and international level?

That question was at the heart of a seminar on Wednesday organised by the U.S. Embassy to the Holy See, together with the International Union of Superiors General (UISG) and Solidarity with South Sudan.

Participants spoke of the work of sisters serving in Africa, Latin America, Asia and the Middle East, seeking to build peace and to empower other women in some of the most deprived and violent countries and socio-economic contexts.

Other sisters shared dramatic and moving stories of staying alongside those who suffer in wars and conflicts, sometimes being targeted, robbed, raped or even killed themselves.

Also present was the Vatican’s ‘foreign minister’, or Secretary for Relations with States, Archbishop Paul Gallagher. Speaking from personal experience of the women religious he met as nuncio in Burundi, Guatemala and Australia, he paid tribute to their courageous and selfless work, which is often taken for granted and undervalued, both in the Church and in wider society:

He said: “For me these are all examples of religious women living […] and working on the front lines, living out their faith, having to draw on all the resources of their faith and of the spirituality of their individual congregations and giving enormous witness to the Church and to Christ”.

Helping women’s voices to be heard

He added: “In all the 30 yers I’ve been doing this diplomatic job on behalf of the Holy See, everywhere I’ve been there have been women like this […] and I have no doubt they will continue to serve humanity and to serve Christ in the future, and for that I give thanks”.

The sisters see their mission as a life-giving gift to people and nations desperately seeking healing, reconciliation and peace. The challenge to the Vatican, and to the Church hierarchy everywhere, is how to help make these powerful voices from the grass roots heard more clearly in the corridors of power and the places where political or economic decisions are made.