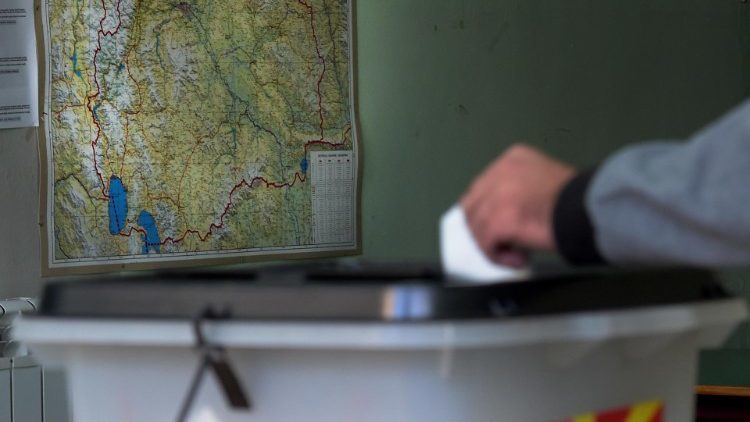 Macedonian voters were asked Sunday: “Are you in favor of membership in NATO and European Union by accepting the deal between (the) Republic of Macedonia and Republic of Greece?”

He claims it is the ticket to Macedonia’s efforts to join NATO and, eventually, the European Union.

He added that voters know that “this is only possible through the agreements through the building of friendship and through the open future for this generation but also for the next generation of our country.”

The prime minister “believes very much that this huge majority, like in every democracy, will be a concrete and precise order from the citizens to us politicians to the MPs in the Parliament and to everybody to follow the wish and the will of the citizens.”

It was also a message “to the Parliament to go and vote because that is the final confirmation of our future,” the prime Zaev stressed.

The June deal would end a dispute dating from the early 1990s when Macedonia declared independence from Yugoslavia. Greece had argued that use of the name implied territorial ambitions on its own province of the same name and blocked the country’s efforts to join NATO.

But the agreement has faced vocal opposition on both sides of the border and critics have urged citizens to boycott’s Sunday’s referendum.
Opponents in Macedonia include the country’s president, Gjorge Ivanov, who has called the deal a “flagrant violation of sovereignty.”

Western leaders believe however that it would be a significant step for a country that less than two decades ago almost descended into civil war, when parts of its ethnic Albanian minority took up arms against the government, seeking greater rights.

For the referendum to be successful turnout needs to be 50 percent plus one vote.

There were fears Sunday that voter participation may be low.

Commentators say a failure in the referendum would represent the first severe blow to the policy of the pro-Western government since it took over in May last year.