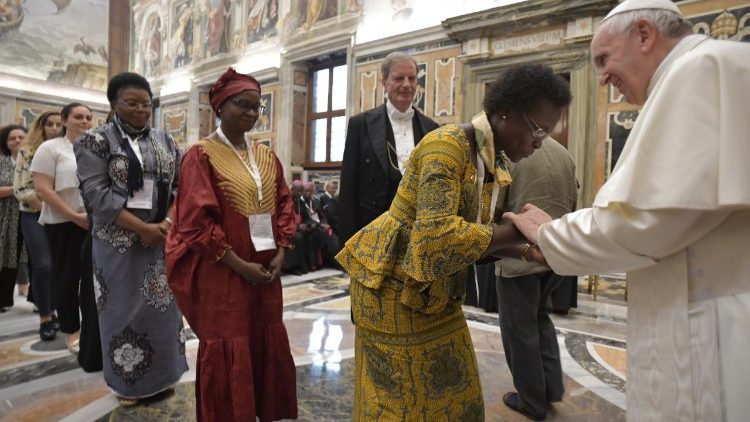 Pope Francis warned that attitudes that many thought were a thing of the past – such as racism – are on the rise again and can lead to intolerant and discriminating behavior and policies and he urged politicians to avoid exploiting fear against those seeking refuge and better lives in our countries.

He was addressing participants at a just-ended Rome-based conference “Xenophobia, Racism and Populist Nationalism in the Context of Global Migration” at the Vatican on Thursday.

“We are living in times in which feelings that many thought had passed are taking new life and spreading” Pope Francis said to the over 200 participants of an international conference on “Xenophobia, Racism and Populist Nationalism in the Context of World Migrations.”

In his message that marked the conclusion of the event promoted by the Vatican’s Dicastery for Integral Human Development, by the World Council of Churches and by the Pontifical Council for the Promotion of Christian Unity, the Pope reflected on how, in our globalized world, there appears to be an upsurge of  “feelings of suspicion, fear, contempt and even hatred towards individuals or groups judged for their ethnic, national or religious identity and, as such – he said – considered not sufficiently worthy of being fully part of society’s life”.

Such sentiments, he warned, “all too often inspire real acts of intolerance, discrimination or exclusion”.

Warning to leaders and policymakers

In his speech Pope Francis also warned political leaders not to exploit fear saying “Unfortunately, it also happens that in the world of politics” some yield to the “temptation of exploiting the fears and objective difficulties of some groups, using illusory promises for short-sighted electoral interests”.

He called on those responsible for the formation of young people and on the media to foster a culture of encounter and openness to others, in mutual respect for diversity,  while inviting those “who take economic advantage of the climate of distrust in foreigners” to search into their own conscience, “knowing that one day they will have to respond to God for the choices they made”.

Responsibility to promote respect for the dignity of every human person

The Pope said the seriousness of these phenomena cannot leave us indifferent, thus, “we are all called, in our respective roles, to cultivate and promote respect for the intrinsic dignity of every human person”.

In particular, faced with the spread of new forms of xenophobia and racism, the Pope said, leaders of all religions have the important mission of spreading, among their faithful, the ethical principles and values inscribed by God in the heart of man.

It’s a matter of making and inspiring gestures that contribute to building societies based on the principle of the sacredness of human life and respect for the dignity of every person, on charity, on brotherhood – which – he said – goes far beyond tolerance – and on solidarity.

May the Christian Churches, Francis concluded, become humble and active witnesses of Christ’s love. For Christians, in fact, the moral responsibilities mentioned above assume an even deeper meaning in the light of faith.