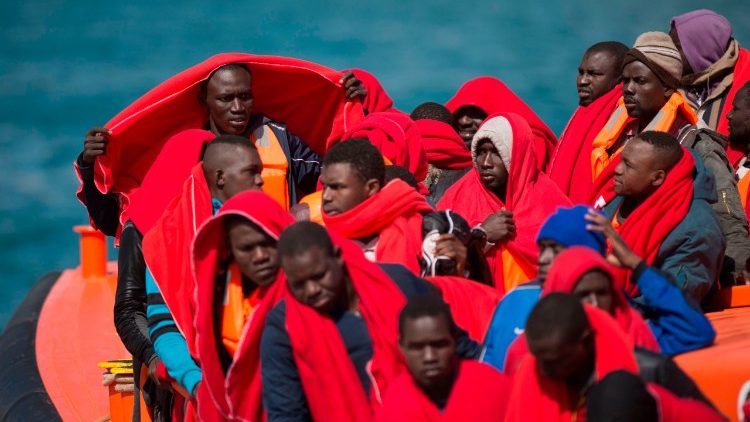 The Secretary General of the World Council of Churches (WCC), Rev. Olav Fykse Tveit, reaffirms the duty religious leaders across the spectrum have to work together to defend a current “attack against human rights laws and principles that were established 70 years ago to protect all of us.”

Speaking to Linda Bordoni of a joint Vatican and WCC conference entitled “Xenophobia, Racism and Populist Nationalism in the Context of Global Migration“, Tveit  says there is the “need to support those politicians who are saying: ‘no, these are our common standards, these are our common values and we are willing to fight for them’

Expressing his belief that conferences such as these show that churches across the world are saying together “we have to pay attention to human dignity and to human suffering”. Rev. Tveit points out that it is not about numbers and figures:  “it’s about human beings – as all of us are – but some of us are in a very, very difficult situation”.

Due to many reasons, he says, so many people are forced to flee their homes and to undertake dangerous travels on their way to find another home.

“There is no easy political answer to all of this: it is a very complex political situation, but we believe that the churches, with our values but also with our networks, our communities, as human beings and as people of faith, can contribute a lot” he says.

Tveit says that it is clear that churches already do a lot, “both to address the root causes but also to address the very urgent situation of many migrants, particularly of refugees and asylum seekers” pointing out that even if societies are in general more secular, in the sense they are less attentive to religion, religion still plays a very significant role.

He underscores his belief that Churches have the moral duty to involve themselves and really bring their perspectives and values into the public conversation as well as bringing other discourses and narratives to the fore.

Tveit expresses his opinion that many of the politicians that deal with issues of immigration need partners “who have values and a commitment and are able to support them when they are in the situation when they need to give priority to the human factor, even if it is costly, even if they have to allow more refugees to enter their country than they think they can handle at the moment”.

It is important, he says, to understand that we are not talking about Christian values as something very different from what are our basic human needs and human values.

The Head of the WCC comments on the fact that the Human Rights Convention that was established 70 years ago to protect all of us “is now under attack”.

Tveit explains the three main objectives of the just-ended Conference:

–          To show that globally and ecumenically there is a strong shared commitment to address these issues perceived as a threat to the world and to humanity.

Regarding the significance of Pope Francis’ message regarding the many issues pertaining to migration and the respect for every human being, Tveit says that “everybody knows Pope Francis’s voice is important and that he is the most ‘courted’ religious leader in the world today.”

The Pope, he concludes, also has a very strong role in bringing the different churches together to provide a common Christian witness on the issues we are discussing here as highlighted by his example, his words and also by having invited the WCC to be a partner “to work, to pray and to walk together” as was expressed in the motto for his visit to Geneva in June