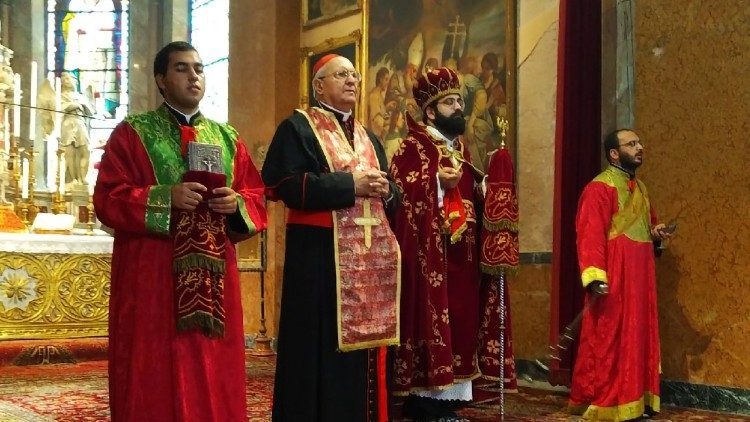 Pope Francis on Sunday praised the Armenian Mekhitarist Congregation for their tradition of theological humanism and prophetic ecumenical openness and urged them to continue to provide precious witness.

The Congregation of Benedictine monks is widely recognized for its contribution to the renaissance of Armenian philology, literature, and culture early in the 19th century and for the publication of old Armenian Christian manuscripts, a tradition that Pope Francis described as a “beneficial gift for the ecumenical journey, which increasingly reveals itself as a sign of the times” in our effort to meet the Lord’s request to his disciples “to be one”.

In a letter addressed to Archbishop Boghos Levon Zekiyan, apostolic administrator of the Armenian Mekhitarist Congregation, the Pope said the congregation “is called to preserve and deepen its charism for the good of all Armenian people.”

Francis’ message was read in the presence of Cardinal Leonardo Sandri, Prefect of the Congregation for the Oriental Churches during celebrations of the Divine Liturgy on the Island of San Lazzaro in Venice.

The ceremony took place on Sunday evening to the mark the third centenary of the foundation of the Armenian Mekhitarist Congregation.

He said that together with the Mekhitarist Monastery of Vienna, the island of San Lazzaro where the Congregation is based, has become its beating heart.

“Despite a general reduction in numbers, each monk is called, there and everywhere, to keep his horizons open and wide and the bond of communion strong” he said.

The Mekhitarist identity, the Pope continued, consists above all in being entirely consecrated to God.

Strength in the face of current trials

“Your vocation, he said in conclusion to the monks, cannot be realized without real communion with your brother monks and without a total and joyful respect for your vows of poverty, chastity and obedience” which are an evangelical source of true renewal and strength in the face of the trials we face today