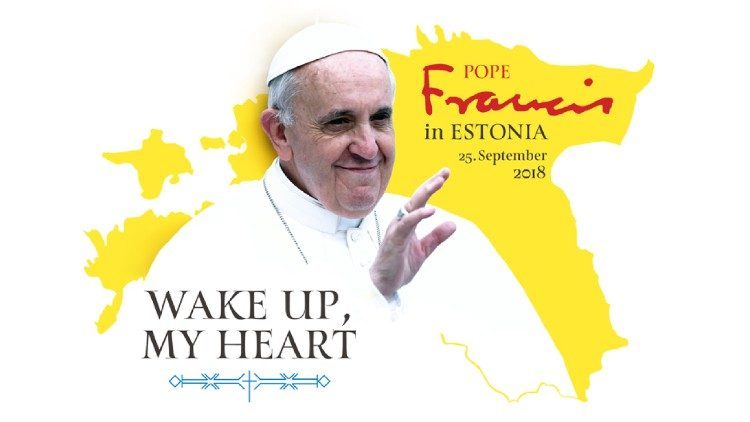 Pope Francis sets off on his 25th Apostolic Journey on Saturday, visiting the Baltic nations of Lithuania, Latvia, and Estonia.

He follows in the footsteps of Pope St. John Paul II, who visited the region in September of 1993.

Marge-Marie Paas, Communications Coordinator for the Pope’s visit to Estonia, spoke to Devin Watkins about the expectations and preparations for the Holy Father’s journey.

“We really hope that this historic day will touch lots of people’s hearts,” Ms. Paas said.

The motto for the Estonian leg of the Pope’s visit, which takes place on Tuesday, September 25th, is: “Wake Up, My Heart”.

Estonia is a highly developed European nation, ranking high in the Human Development Index, and is well-known as one of the world’s most digitally advanced societies. It held elections over the Internet in 2005, the first country to do so, and began offering e-residency in 2014.

In the midst of this economic success, Ms. Paas points out that Estonians are searching for something deeper. She asks, echoing the motto: Where does our heart lie? “We really want this day to be spiritually deep for Estonian people, not just Catholics but everybody,” she said.

There are roughly 6,000 Catholics living in the country.

Together with young people

Pope Francis will hold an ecumenical youth meeting Tuesday afternoon, and Ms. Paas said she knows many young people who are very excited to see the Holy Father. They have many questions for him about life and the future, she believes.

“In our days, youth basically live in cyberspace, chatting on the internet, but I understand they would like to come out [from that world]. Really, this is an event for them to be together, to be together not only with Pope Francis but with friends and other youth and [people of] different nationalities.”

As well as being Pope Francis’ silver jubilee for papal visits, his Apostolic Journey to the Baltics also marks 25 years since Pope St. John Paul II visited Lithuania, Latvia, and Estonia in 1993.

Marge-Marie Paas said the Saint’s visit came at a very different time for Estonia. The country had recently gained independence on August 20, 1991, following the collapse of the Soviet Union. “We were like youth!” she said.

John Paul II, Ms. Paas said, lent much support to Estonia and its newfound identity. “He had a really strong message for our culture: to keep our own language.” With a population of little more than 1.3 million, it took a concerted effort not to lose that heritage.

“Keep your language; be strong spiritually; don’t be afraid,” she said this was JPII’s message for Estonians.

Ms. Paas said Pope Francis’ visit is an opportunity to take stock of how well Estonians have heeded that message. “We’re asking ourselves: are we truly strong spiritually? Have we kept our language?” She said these questions are pertinent at a time when young people often use other languages on social media, and as many of their peers leave the country to seek employment elsewhere.

She hopes Pope Francis’ visit will provide Estonians with the same spiritual oomph as his predecessor’s trip.

“John Paul II’s visit was really something for Estonians, for the whole country; it was very fruitful. I think Pope Francis’ visit will be as well, because it is important for our small nation.”