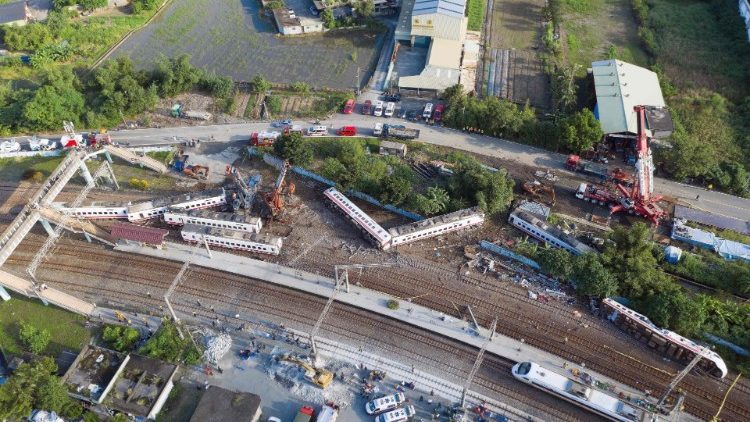 Signed by the Vatican Secretary of State, Cardinal Pietro Parolin, Pope Francis sent a telegram on Monday evening to the people involved in a train accident in Yilan County in Taiwan on Sunday.

The telegram reads as follows:

His Holiness Pope Francis was deeply saddened to learn of the train derailment in Yilan County, and he assures you and all those affected by this tragedy of his solidarity and concern.  Remembering in his prayers the deceased and those who mourn their loss, His Holiness invokes the divine blessings of healing, strength and peace upon the injured and their loved ones, as well as the civil authorities and emergency personnel.

Details of the accident

The accident occurred on Sunday around 5:00 in the afternoon local time. A train travelling between Taipei and Taitun derailed around 70km outside of Taipei. Speed seems to have been the cause as the train was rounding a curve at double the speed limit.

There were 336 passengers on board. The accident killed at least 18 people and left 187 injured. Among the dead are three children.

The train’s conductor appeared in court on Tuesday facing negligence charges. Investigators continue piecing together what led to the disaster.