Pope receives President of the Republic of Korea 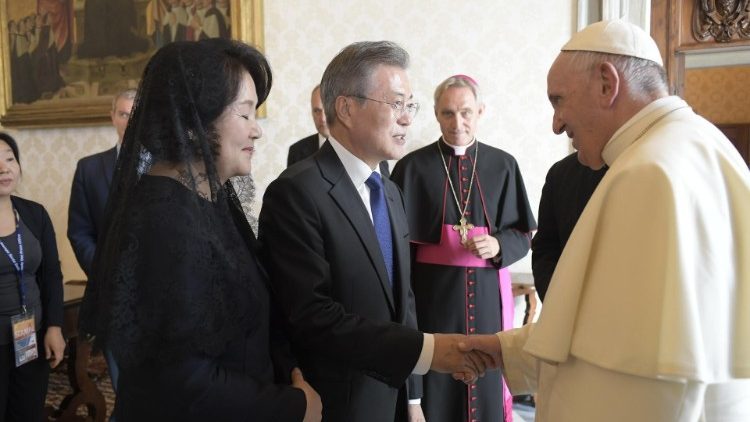 The Holy See’s Press Office released a communiqué on Thursday describing the audience in which Pope Francis received the President of the Korean Republic. This is the full text of the communiqué:

Today, in the Vatican Apostolic Palace, the Holy Father Francis received in audience H.E. Mr. Moon Jae-in, President of the Republic of Korea, who subsequently met with His Eminence Cardinal Secretary of State Pietro Parolin, and with H.E. Msgr. Paul Richard Gallagher, Secretary for Relations with States.

During the cordial discussions, the parties evoked the good bilateral relations and the positive contribution offered by the Church in the social, education and healthcare sectors, as well as the promotion of dialogue and reconciliation between Koreans. Strong appreciation was expressed for the common commitment to fostering all useful initiatives to overcome the tensions that still exist in the Korean Peninsula, in order to usher in a new season of peace and development.

Finally, some matters of a regional nature were discussed

Card. Parolin: peace without cross is not Christ’s peace