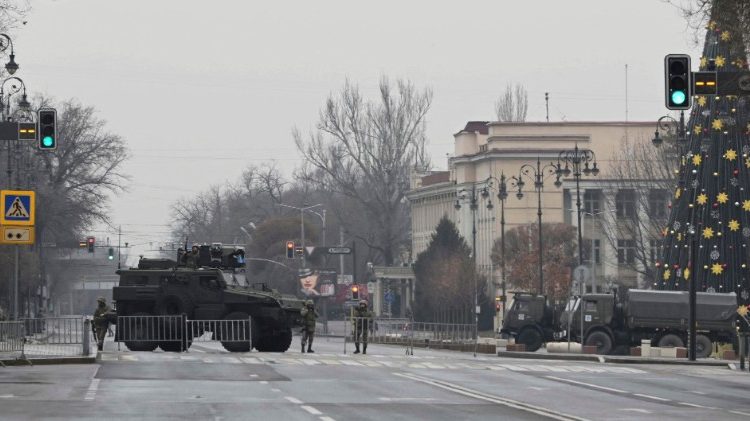 Pope Francis prays for the numerous people who have died whilst protesting in the streets of Kazakhstan.

Following the recitation of the Angelus prayer, Pope Francis turned his thoughts to victims of protests in Kazakhstan.

The Pope noted that it was with “sorrow” that he heard of the numerous people who died in protests, which began in response to a rise in fuel prices in Kazakhstan.

“I pray for them and their families,” continued the Pope, expressing his hope that social harmony might be redoscovered through dialogue and justice.

Pope Francis concluded by entrusting all the people of Kazakhstan to Mary, Queen of Peace.

Protests in Kazakhstan began in response to fuel hikes but grew to reflect discontent at the government and former President Nursultan Nazarbayev, who led the country for three decades and is still thought to retain significant influence.

Over 150 people have died in clashes, according to the Interior Ministry, and more than 4,000 people detained.

Baptized in the Sistine Chapel

Pope at Angelus: prayer opens our heart to the Lord