Pope prays for those affected by coronavirus 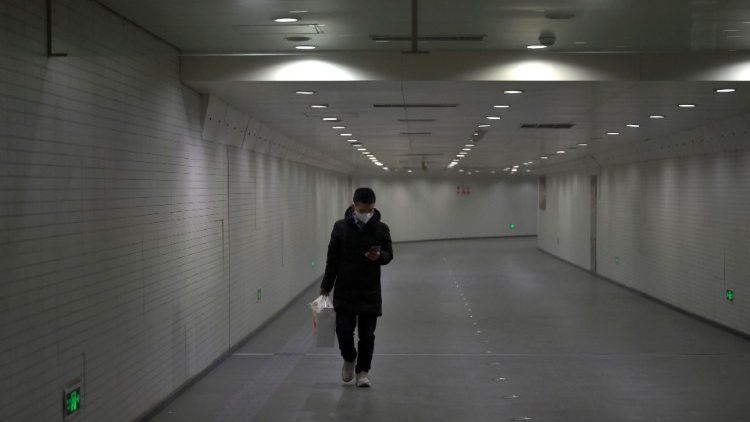 Pope Francis asks for prayers for people in China battling the coronavirus epidemic.

Pope Francis on Wednesday asked the faithful “to pray for our Chinese brothers and sisters” who are affected by the “cruel” coronavirus epidemic.

“May they find a path to recovery as soon as possible,” he said as the overall number of infections is estimated at over 44,000 on mainland China, with cases in more than 20 countries.

His appeal came during the weekly General Audience in the Paul VI Hall.

The Covid-19, as the disease is officially called, has killed more than 1,100 people in China, where it emerged.

On Wednesday however, the country reported its lowest number of new cases in almost two weeks, with 2,015 new confirmed cases on Tuesday.

In its latest measure to try to halt the spread, China has said it will stagger the return of children to school. Several provinces have closed schools until the end of February.

Pope Francis had already expressed his concern about the coronavirus epidemic on 26 January when he prayed for its victims and its families during the Angelus.

Following those concerns, the Holy See donated 600,000 masks for distribution to people in the most affected areas.

In a statement the Vatican press office said the masks were sent to the provinces of Hubei, Zhejiang and Fujian to help limit the spread of the coronavirus, and specified that it was a joint initiative of the Papal Almoner and the Missionary Center of the Chinese Church in Italy, with the collaboration of the Vatican pharmacy.

Pope at Audience: Sorrow is rooted in love for God

Pope appeals for prayers for Syria

Pope expresses closeness to those affected by coronavirus

Pope at Mass: Service, not titles, is the measure of greatness in the Church