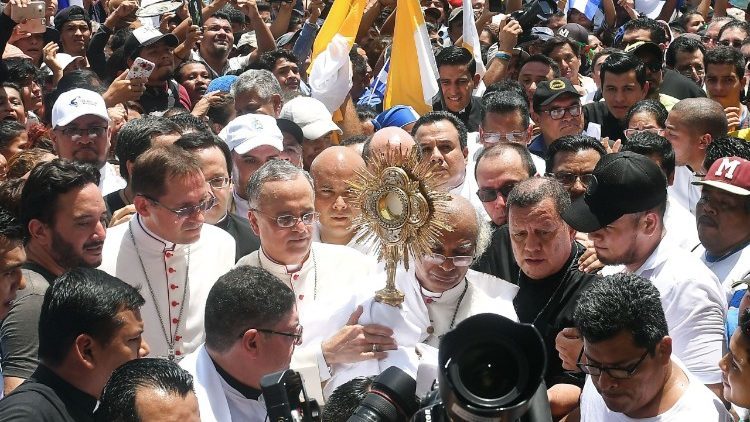 Nicaragua’s Catholic bishops on Monday decided to continue mediating talks with the government of President Daniel Ortega, following a closed-door meeting in Managua.

Cardinal Leopoldo Brenes, Archbishop of Managua, said the bishops held the meeting to debate whether or not to continue participating in the National Dialogue Process.

After their meeting, the bishops said dialogue is the way forward in order to bring reconciliation to the crisis-hit country.

The Church is mediating talks between the government and protesters who have called for the resignation of President Ortega and early elections.

Peaceful, student-led rallies against social welfare reforms spiraled into clashes with paramilitary and police forces shooting live ammunition. At least 360 people have been killed in clashes with security forces over the past 3 months.

Numerous attacks on bishops and Church representatives have taken place, including one on Cardinal Brenes and the Apostolic Nuncio to the country.

Pope Francis says he is following the situation closely and praying for all Nicaraguans. The Holy Father appealed on June 3rd for an end to the violence.

He said the Church is always in favor of dialogue but that “it requires active engagement in respect for freedom and, above all, life.”

Catholics in Latin America and around the world held a Day of Prayer on Sunday as a sign of solidarity with the victims of political violence in Nicaragua.