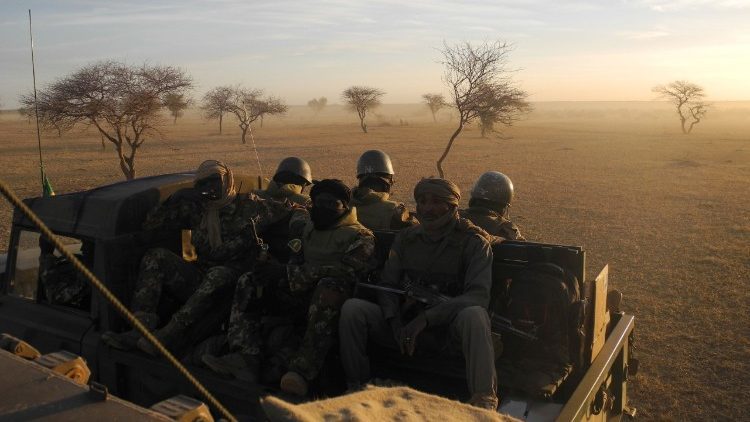 As conflicts rage on throughout Africa, thousands of troops and their families are suffering the consequences of living through war, as well as the difficulties of being separated from their loved ones who are risking their lives in hope of achieving peace.

Fr Benjamin Maswili, Apostolic Administrator of the Military Ordinariate in Kenya, spoke to Fr Paul Samasumo, Head of Vatican News’ English for Africa Programme, about the role of priests and chaplains in conflict zones. He explains how the 23 chaplains involved help soldiers and their families overcome psychological trauma through counselling and religious support.

Fr Maswili acts as a priest to those who seek comfort with anything regarding faith, as well as playing the role of general counsellor for soldiers of any religion that may need help dealing with mental or physical traumas. He said there is a huge amount of importance placed on offering the families of soldiers the support that they need.

Fr Maswili said his transition to the Military came after having been asked to join by the late Cardinal Otunga, stating that it was initially quite difficult but that one must learn to adjust in order to work efficiently.

He said a military chaplain’s job involves far more than simply celebrating Mass. Mass is hugely important, he said, since it is where the soldiers derive the strength to leave on their missions. But the chaplains before, during and after their missions, he pointed out.

Counselling for both troops and families

Before being sent off on their mission, the soldiers are counselled together. Their families are also offered counselling, in order to psychologically anticipate any potential tragedies and to help them understand and accept the work that the soldiers do.

The priests are also used as a communication device, he said, reporting news of the soldiers back to their families and vice-versa. This aids harmony and reassurance, as good news of one’s family’s well-being would help anyone settle psychologically.

The follow up from any traumas the soldiers may be suffering following a mission is over, with the soldiers being counselled before being sent back to their families, to aid re-integration.

23 chaplains guide soldiers of all religions

There are 23 chaplains and around 40 catechists assigned to the Kenyan Defense Forces. Fr Maswili tells Fr Samasumo that they are still looking for more Chaplains, relying on help from the Kenya Conference of Catholic Bishops (KCCB).

Fr Maswili said his work and his counselling are inclusive. Should non-Catholic soldiers require guidance regarding their faith they must, understandably, refer to their own chaplain. However, when it comes to any other form of psychological guidance and counselling Fr Maswili is there to offer his services – regardless of the soldier’s religious affiliation.

Priests and troops protect each other

When asked whether he ever fears for his life whilst on the field, Fr Maswili described his work as a sacrifice, talking about how the chaplains move with the soldiers, following them wherever they go. They are there to counsel them and to offer them sacraments: Holy Communion, Conversion, whatever the need may be the Chaplains must be available to provide this support.

Fr Maswili said there is an organized study for catechists and chaplains after seminary training, where priests go for further psychological studies. They leave these studies with a Masters in the subject and the necessary tools to handle any psychological counselling.