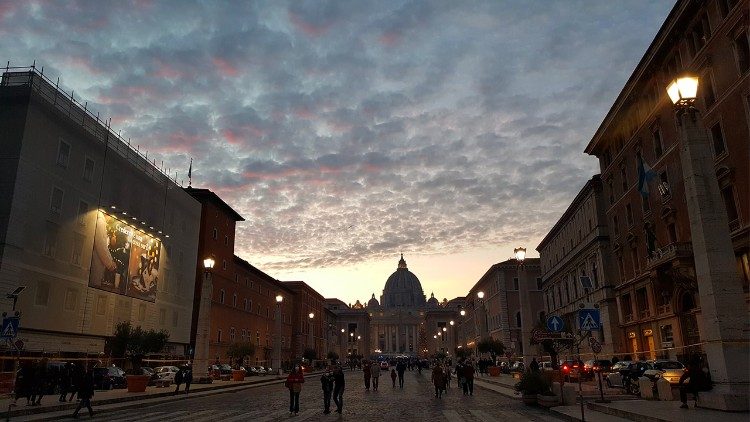 Pope Francis and six members of the Council of Cardinals (C-6) met on 5-6 December for their periodical consultations in the Vatican.

The ongoing synodal process leading to the 2023-24 Synod on synodality, the protection of minors and the outcome of the recent COP-27 in Sharm-el-Sheikh, were among the important topics discussed at this week’s meeting of the Council of Cardinals (also known as the C-6), which took place at the Casa Santa Marta, in the Vatican, from 5-6 December with the participation of Pope Francis.

According to a statement by the Vatican Press Office, on  5 December, the Cardinals celebrated a Mass in the St. Peter’s Basilica in memory of late Cardinal Richard Kuuia Baawobr, who passed away on November 27.

The Pope’s advisory board then xamined the outcome of the recent COP-27 in Egypt on climate change. Discussions were introduced by the  Secretary of State Cardinal Pietro Parolin and by Cardinal  Ambongo Besungu of Kinshasa.

On Tuesday the C-6 reflected with Pope Francis on the continental phase of the ongoing Synod on synodality , on the basis of a report submitted by Cardinal Mario Grech, the Secretary General of the Synod of Bishops, and of the fruits of the digital synodal process elaborated in collaboration with the Dicastery for Communication.

Cardinal Sean O’Malley of Boston presented the work carried out by the Commission for the Protection of Minors at the service of the Bishops’ Conferences and the Roman Curia, and in the the afternoon Cardinal Oswald Gracias of Bombay reported on the recent Conference of the Federation of Asian Bishops’ Conferences (FABC) which met  in Bangkok, Thailand, in October.

The meeting also offered the Cardinals an opportunity to exchange an update on some current affairs in their respective countries and for an overall progress assessment of the Board’s  work in the past years.

The next appointment is set for the month of April 2023.