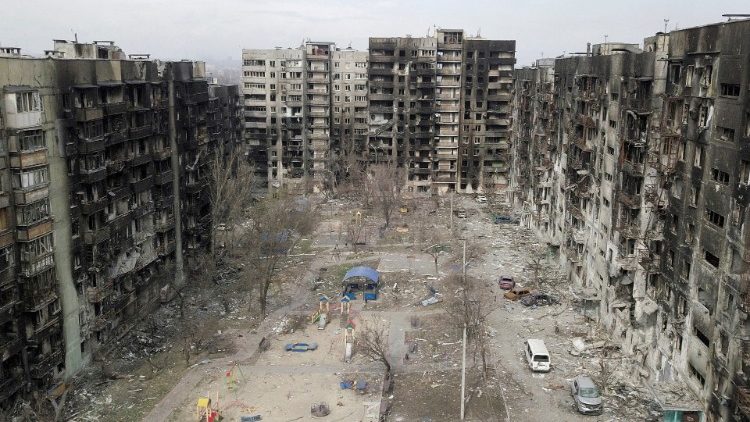 At the Wednesday General Audience, Pope Francis remarks that the horrors of the Second World War are looming again today in Ukraine, and ahead of Solemnity of the Immaculate Conception, on December 8, calls on the faithful to pray the Mother of God to comfort all those suffering the brutality of war.

During his weekly General Audience in the Paul VI Hall on Wednesday, Pope Francis recalled again the war raging in Ukraine. “History repeats itself today!”, he said as he addressed the Polish pilgrims present, referring to an event organized on Monday by the Center for Catholic-Jewish Relations of the Catholic University of Lublin, in Poland to commemorate the anniversary of “Operation Reinhardt” (Einsatz Reinhardt), the extermination plan carried out by the Nazis against Polish Jews during the Second World War.

The horrors of the Second World War

The implementation of the plan between 1942 and 1943 marked the deadliest phase of Nazi Germany’s attempt to commit genocide against the Jewish people. Overall, some 1.7 million Jews were murdered in the Belzec, Sobibor, and Treblinka extermination camps and in related mass shootings.

The victims of the Operation Reinhard camps also included an unknown number of Poles, Roma and Soviet prisoners of war. “May the memory of this horrible event arouse resolutions and actions for peace in all”, said the Pope.

Pope Francis also mentioned the war in Ukraine in his greetings to the Italian pilgrims present.

Referring to Thursday’s Solemnity of the Immaculate Conception, he called on the faithful to pray the Mother of God to comfort  all those tried by the “brutality of war”, and especially for “tormented Ukraine”.

Pope: Peace is possible with God’s help and our goodwill