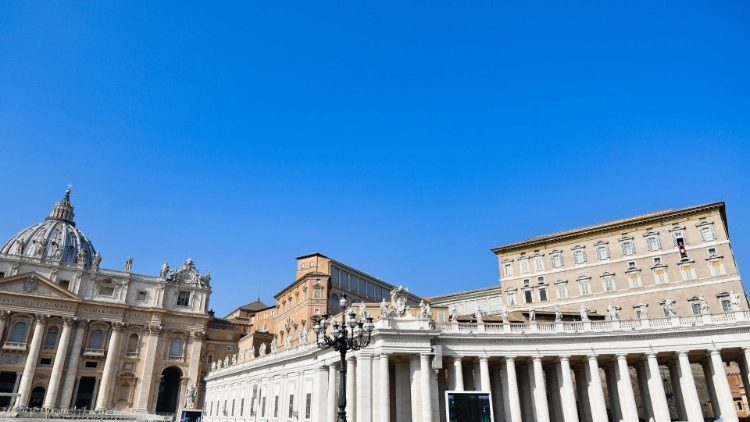 Pope Francis recalled World Mission Sunday during his Angelus address, inviting everyone to participate in the Church’s mission.

He said the theme for this year’s occurrence – “Together with young people, let us bring the Gospel to all” – is the path forward for the Church.

“We are experiencing this reality, thanks be to God,” the Pope said, “during these days of the Synod dedicated to them: by listening to them and involving them we discover many examples of young people who have found in Jesus the meaning and joy of life.”

Pope Francis said they have often discovered Jesus “thanks to other young people who have already participated in the communion of his brothers and sisters, which is the Church.”

The Pope prayed “that future generations may not lack the proclamation of the faith and the call to collaborate in the mission of the Church.”

In his message for World Mission Sunday, released in May, Pope Francis reminds all that “we are not in this world by our own choice,” and hence there is “an initiative that precedes us and makes us exist.” Each one of us, he says, is called to reflect on the fact that ‘ I am a mission on this Earth,” which is why we are here in this world.

In fact, the Pope says, “every man and woman is a mission.” He says that “to be attracted and to be sent are two movements” of the heart that “hold out promise for our future and give direction to our lives.”

In his message, the Pope urges young people not to be afraid of Christ and his Church, because, he says, “it is where “we find the treasure that fills life with joy.”

Speaking from his own experience, he says that through faith he found the sure foundation of his dreams and the strength to realize them.

“For those who stand by Jesus,” the Pope continues, “evil is an incentive to ever greater love,” because “from the cross of Jesus we learn the divine logic of self-sacrifice as a proclamation of the Gospel for the life of the world.

The Pope thus invites young people to ask themselves, “What would Christ do if he were in my place?”

All Christians by Baptism, the Pope recalls, have received the mission to bring the Gospel to everyone.

Young people too are part of that great stream of witnesses, in which elder persons with their wisdom and experience become a witness and encouragement to the young.  This way, he says, the mission of the Church bridges the generations bringing about unity.

The heart of the Church’s mission, the Pope continues, is the infectiousness of love, where joy and enthusiasm become the expression of a newfound meaning and fulfillment in life. The spread of the faith “by attraction”, he says, calls for hearts that are open and expanded by love. This generates encounter, witness and proclamation even in “extreme peripheries” which are indifferent and hostile and to the ends of the earth in ‘missio ad gentes’.

“No one is so poor as to be unable to give what they have, but first and foremost what they are,” says Pope Francis.