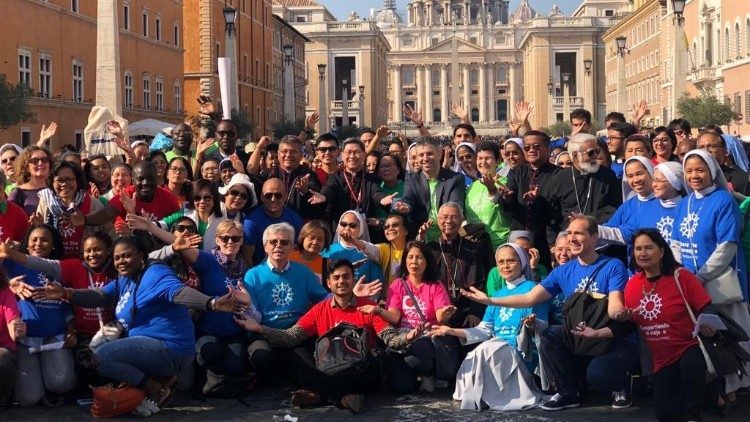 Pope Francis gave a special greeting at the Angelus prayer on Sunday to Cardinal Luis Antonio Tagle and participants in a global pilgrimage expressing solidarity with migrants and refugees.

“You’ve just completed a short pilgrimage within Rome,” the Pope said, “to express your desire to walk together and thus learn to know each other better.”

The Holy Father encouraged the “Share the Journey” initiative, and said it “can transform our relationship with migrants.”

This global pilgrimage is part of the Share the Journey campaign. Initiated in 2017 by Pope Francis, it seeks to bridge the gap between host communities and migrants, promoting a culture of encounter. Providing the vision for the campaign, Pope Francis said:

It just takes one step

Speaking about the global pilgrimage, Cardinal Tagle called it a challenge to “oppose a rhetoric of fear and hate with actions of love, kindness and mercy”.

This is exactly what the Share the Journey campaign proposes. It starts, he says, with “a change in our hearts and in our communities [which] starts with the decision to take one simple step with migrants and refugees”.

The pilgrimage organized in Rome is one of many taking place throughout the world. Similar walks have already been launched by local Caritas branches in Chile, New Zealand, Canada, the UK, and the US. Others will be launched within the next 6 months.

Thousands of migrants ask us to share the journey