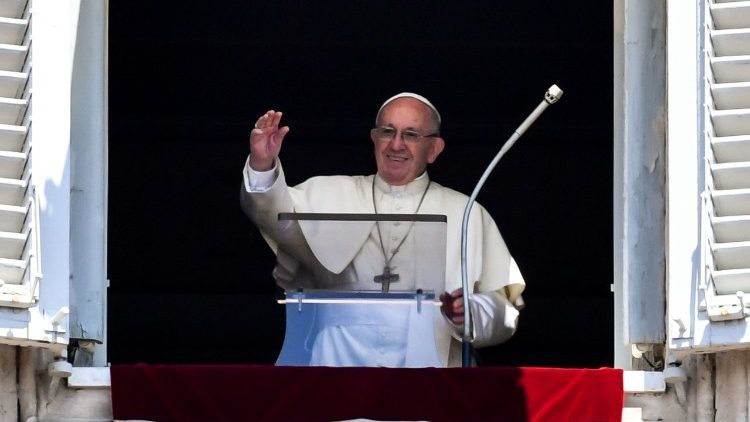 Pope Francis on Sunday prayed for the “beloved people of Nicaragua” saying he wishes “to join the efforts of the Nicaraguan bishops and of the many people of goodwill who are acting as mediators and witnesses in an ongoing process of national dialogue on the road to democracy”.

He was addressing the pilgrims gathered in St. Peter’s Square for the Angelus Prayer.

Nicaragua’s Vice President this week reiterated the government’s commitment to dialogue and peace, and asked that international entities condemn the violence of opposition groups that has virtually halted the country in recent months and led to deadly clashes between protesters and police forces.

The country’s Bishops’ Conference has also taken a strong stand urging entrenched sides to return to the peace talks table.

The Pope then decried the serious situation in Syria, mentioning in particular, recent attacks in the province of Daraa, “where military action in the past days has even struck schools and hospitals”, forcing thousands of new refugees to flee their homes.

“Together with my prayers, he said, I renew my appeal so that the population, which has been so badly stricken for years, may be spared further suffering.”

“In the midst of many conflicts, the Pope said, I would like to highlight an initiative that can be described as historic and that is good news: in these days, after 20 years, the governments of Ethiopia and Eritrea are talking of peace”.

The two countries, which share a common culture, language, and history, have been enemies since 1998 when they went to war over a border town.  A peace deal was signed by both parties after two years, but neither side complied with it for the next 16 years. However, in an important breakthrough, Ethiopia’s new premier Abiy Ahmed, this week promised to fully comply with the accord opening the way to end hostilities between the two countries, and to pave the way for peace.

Pope Francis expressed his hope that the initiative be a “light of hope for these two countries of the Horn of Africa and for the entire African continent”.

The Pope also turned his thoughts to a group of young boys who have been trapped in an underground cave in Thailand for over a week and said he is praying for them.

Rescue searchers trying to reach the 12 boys, aged 12 to 16, and their soccer coach in a flooded cave complex are reportedly using huge pumps to reduce the water level, allowing divers to place guide ropes and oxygen tanks along the route.

Sunday’s effort marks the first significant progress in several days in a massive attempt  to reach the group that has been missing in the cave complex in northern Thailand for eight days. Rising floodwaters in the cave had stalled the search-and-rescue operation.

Finally, Francis looked ahead to his apostolic visit next Saturday, 8 July, when he said, he will be travelling to the southern Italian town of Bari together with leaders of Churches and faith-based communities of the Middle East.

“We will engage in a day of prayer and reflect on the dramatic situation of that region where so many of our brothers and sisters in faith continue to suffer”.

“With one voice, he said, we will implore “Peace be with you”.

And he asked everyone to accompany with prayer this pilgrimage of peace and unity.

US Bishops: ‘No villains’ in immigration crisis