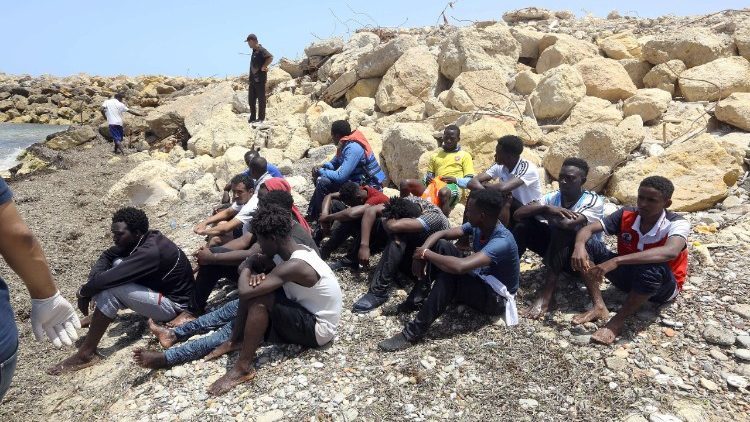 The tiny bodies of three babies were recovered and taken to a mortuary, as the coast guard plucked 16 migrants alive from the water, but up to 100 people remain missing.

The tragedy is all too familiar – their inflatable dinghy sank after the sheer weight of those squeezed on board lead it to capsize.

Hundreds of people have already lost their lives this year in almost identical circumstances.

Separately, over 300 migrants were returned to Libyan ports by the Libyan coast guard on Friday. Over 10,000 migrants have been taken back to Libya this year, with more than 2,000 returned just last week.

Separately, Italy’s interior minister Matteo Salvini has said Italian ports would be closed “all summer” to NGO ships. The vessels, which rescue migrants trying to cross the Mediterranean from North Africa to Europe, have become the target of intense debate in Europe.

Some Italian politicians have said the boats are a maritime “taxi” service for migrants heading to Italy.