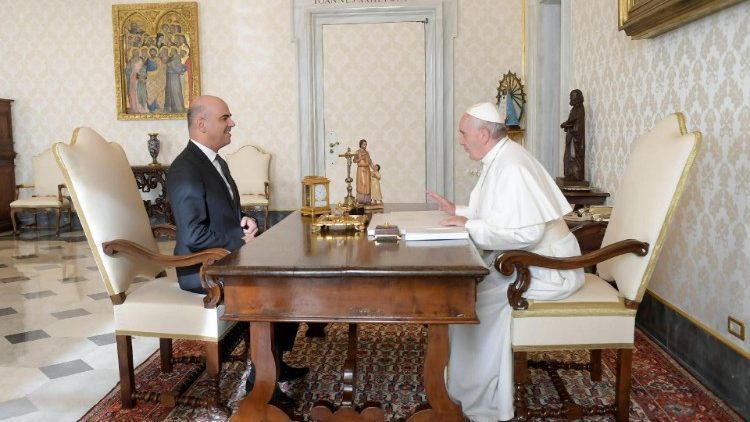 In an audience in the Apostolic Palace on Monday, Pope Francis addressed the President of the Swiss Confederation, H.E. Alain Berset. Pope Francis highlighted the loyalty of the Swiss Guards, who surround him so professionally. The information came in a communiqué released by the Holy See Press Office. The Holy Father also expressed his hope of an ever-growing collaboration in the numerous interests shared by Church and State.

Reference was then made to the active commitment on both sides at European and International levels, in achieving a more fraternal society, in promoting justice and peace, in expressing the importance of multilateralism and in protecting humanitarian law.

Both sides then focused on applying these topics to certain current themes, ranging from migration, to conflict mediation, nuclear disarmament and human trafficking.

H.E Alain Berset then met with Cardinal Secretary of State, Pietro Parolin, along with Msgr. Paul Richard Gallagher, Secretary for Relations with States.