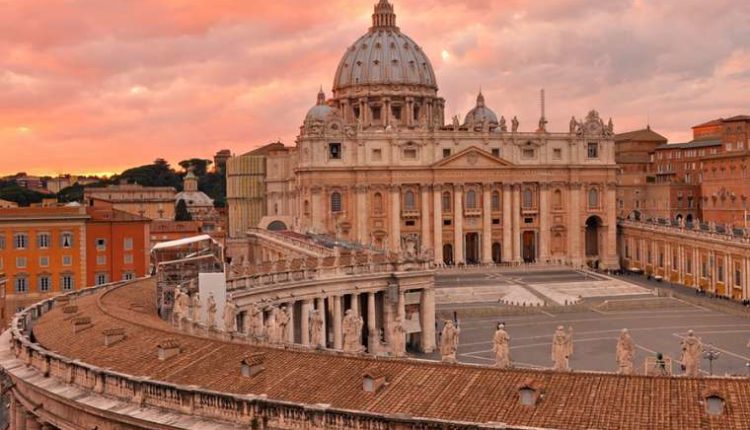 Vatican City, Nov 11, 2018 / 05:22 am (CNA/EWTN News).- The bells of St. Peter’s Basilica rang out in unison with thousands of other church bells around the world Sunday as Pope Francis commemorated the 100 year anniversary of the end of World War I.

“While we pray for all the victims of that terrible tragedy, let us say forcefully: invest in peace, not on war!” Pope Francis said at the end of his Angelus address Nov. 11.

The memory of World War I should be a warning to “reject a ‘culture of war’ and seek every legitimate means to put an end to the conflicts that still bleed several regions of the world,” he said and added, “It seems that we do not learn.”

Francis quoted Pope Benedict XV, an advocate for peace during WWI, who denounced the war as “useless slaughter” in his 1917 peace plan. As pope throughout the entirety of the first world war, Benedict wrote five encyclicals and three apostolic exhortations concerning peace.

Around 17 million people, soldiers and civilians, were killed during the Great War. November 11, 2018 marks the 100th anniversary of the signing of the armistice between Germany and the Allies in France, which ended World War I in 1918.

At 1:30 p.m. in Rome, the bells of St. Peter’s Basilica tolled in honor of this centenary in coordination with church bells all over Europe and around the world.

The pope noted that the feast day of Saint Martin of Tours falls on Armistice Day, calling the soldier saint’s act of cutting his cloak in half to share with a poor man a “gesture of human solidarity” that points toward “the way to build peace.”

Francis focused the message of his Angelus address on the poor widow in Matthew’s Gospel, who gives two coins that make up her entire livelihood in her offering to the Temple.

“In this humility, she performs an act charged with great religious and spiritual significance,” he said. “That gesture, full of sacrifice, does not escape the attentive gaze of Jesus, who indeed sees in it the total gift of self, which he wants to teach his disciples.”

“The scales of the Lord are different from ours. He weighs people and their actions differently: he does not measure quantity but quality, he searches the heart and looks at the purity of intentions,” Francis explained.

When we are tempted to seek the attention of others through our altruism, we should think of this poor woman, Francis said. “It will do us good: it will help us to get rid of the superfluous, to focus on what really matters, and to remain humble.”
“The Virgin Mary, a poor woman who gave herself totally to God, sustains us in the purpose of giving the Lord and our brothers not something of ourselves, but ourselves, in a humble and generous offering,” he said.

As Pope Francis prepares to celebrate the second World Day of the Poor next Sunday, mobile medical clinics are set up near Saint Peter’s Basilica to treat anyone in need of general and specialized medical care, including cardiology, dermatology, and ophthalmology Nov. 12 – 18.