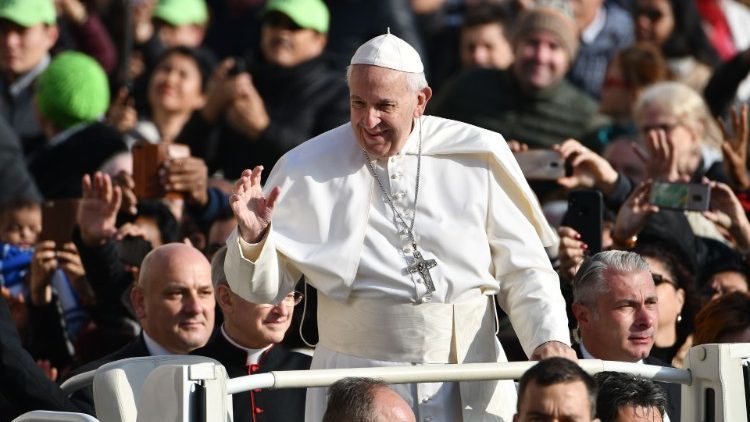 Share
Pope Francis on Wednesday appointed a bishop to the Diocese of Ilagan in northernPhilippines.  Bishop David William Valencia Antonio, the Auxiliary of Segovia is the new Bishop of Ilagan.  However, he will continue as Apostolic Administrator of San Jose in Mindoro, a task he was entrusted with in March 2018.

The see of Ilagan has been vacant since 25 February 2017, when Bishop Joseph Amangi Ncua OFM stepped down on health grounds.

Bishop Antonio was born in Nagtupacan, Sto. Domingo, Ilocos Sur, on 29 December 1963.  He attended philosophy courses at the “San Pablo seminary” in Baguio City, and theology courses at the ” Immaculate Conception School of Theology” in Vigan City. He then completed higher studies at the Catholic University of America in Washington (USA), obtaining a doctorate in theology.

Bishop Antonio was ordained a priest on December 1, 1988, for the Archdiocese of Nueva Segovia.

After a few years as a professor at the Immaculate Conception School of Theology, Vigan, IlocoSur, he was appointed dean of studies of the seminary in 1993, and later appointed as its rector.

In 2005 he became Parish Priest of the Parish of Saint Lucy, Iloco Sur, and later Vicar General of the Archdiocese of Nueva Segovia.

On June 15, 2011, he was appointed Auxiliary of the Archdiocese of Nueva Segovia and titular Bishop of Basti.  He was consecrated bishop on August 26, 2011.

On March 22, 2018, he was also appointed Apostolic Administrator of the Apostolic Vicariate of San José in Mindoro after Bishop Antonio Palang stepped down.

Elsewhere in the Philippines, Pope Francis on Wednesday accepted the resignation of Edgardo Sarabia Juanich, the Apostolic Vicar of Taytay.