Pope Angelus: The beauty of marriage 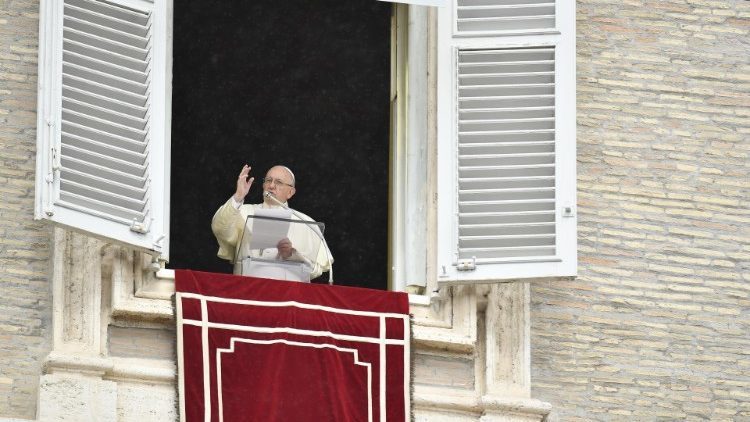 In his Angelus address from St Peter’s Square, Pope Francis took inspiration from Sunday’s Gospel which recounts Jesus’ words on marriage. The Pope described how the Pharisees provoked Jesus by asking him if it was lawful for a husband to repudiate his wife, as provided for by the law of Moses.  Jesus replies by saying, “Because of the harshness of your heart he – that is, the ancient legislator – wrote this norm for you”. That is to say, it is a concession that serves to plug the gaps produced by our selfishness, but does not correspond to the original intention of the Creator.” Jesus, continued Pope Francis, tells the Pharisees that, “in the Creator’s original plan, there is no man who marries a woman and, if things do not go well, he repudiates her. No. There is instead a man and woman called to know each other, to complete each other, to help each other in marriage.”

This teaching of Jesus is very clear, said the Pope; it “defends the dignity of marriage, as a union of love that implies fidelity. What allows the spouses to remain united in marriage is a love of mutual giving sustained by the grace of Christ. If, on the other hand, the spouses’ individual interest, their own satisfaction, prevails, then their union cannot resist.”  The Pontiff went on to say that, it is the Gospel passage itself that reminds us, with great realism, that man and woman, who are called to experience a relationship based on love”, can hurt each other, which can lead to marital crises. Jesus, the Pope said, “does not accept repudiation and anything that can lead to the sinking of a relationship. He does this to confirm God’s plan, in which the strength and beauty of human relationships stand out.”

The Church, the Holy Father pointed out, “strives to make her maternal closeness felt concretely to those who live the experience of broken relationships or wearily try to carry on