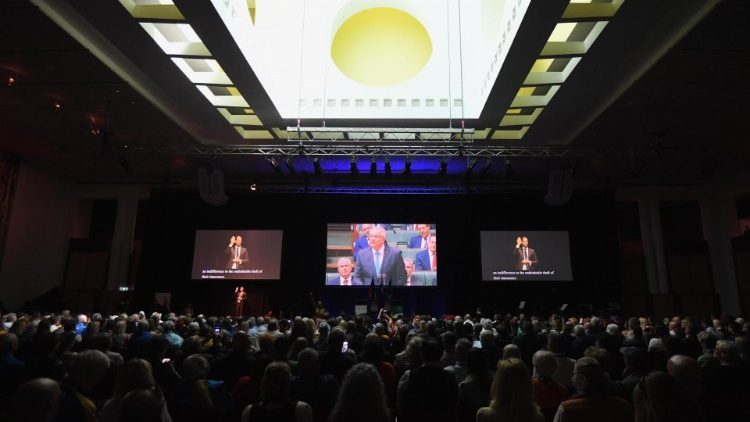 Welcoming Prime Minister Scott Morrison’s apology to victims of institutional child sexual abuse, leaders of the Church in Australia issued a joint statement on Monday. Both the Australian Catholic Bishops Conference (ACBC) and Catholic Religious Australia (CRA) state that they also recommit themselves “to working with the community to eliminate the scourge of child sexual abuse”.

On behalf of the Bishops, Archbishop Mark Coleridge characterized abuse suffered by children as “an utter betrayal of the Gospel of Jesus Christ, and it should never have happened”.

“The National Apology today and the apologies made by institutions during the life of the Royal Commission and since have been an important validation of the courage of survivors of abuse in seeking truth, justice and healing. We think first of them at this time.”

“Today, Australia confronts a trauma, an abomination hiding in plain sight for far too long. We must be so humbled to fall before those who were forsaken and beg to them our apology…a sorry that speaks only of profound grief and loss. As a nation, we failed them, we forsook them, and that will always be our shame… The crimes of ritual sexual abuse happened in schools, churches, youth groups, scout troops, orphanages, foster homes, sporting clubs, group homes, charities, and in family homes as well…. To the children we failed, sorry. To the parents whose trust was betrayed and who have struggled to pick up the pieces, sorry. To the whistleblowers who we did not listen to, sorry. To the spouses, partners, wives, husbands, children who have dealt with the consequences of abuse cover ups and obstruction, sorry. To generations past and present, sorry.”

The Prime Minister’s apology came after a 5-year national inquiry. This inquiry uncovered that tens of thousands of children suffered sexual abuse in the institutions mentioned by the Prime Minister.

In response to the national apology made by Prime Minister Morrison, local events have been planned by Catholic dioceses, communities, schools, ministries and agencies. Archbishop Coleridge called these events “a significant moment in our ongoing efforts to make Australia safe for all children and young people”.