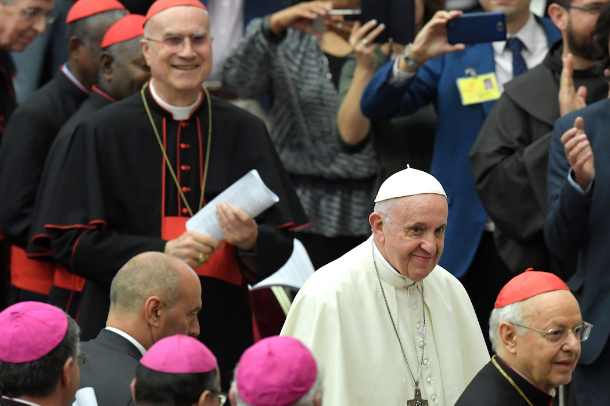 The Synod of Bishops is soon to enter the final stretch of its 25-day gathering on matters pertaining to young people. But not everyone is happy with the way this XVI ordinary general assembly of the Synod has unfolded up to now.Some critics have complained that the daily sessions (formally called “general congregations”) are being regulated by muddled, unclear and — according to some — even arbitrary procedures.They say this could jeopardize the credibility of whatever statements this assembly eventually produces.Others have voiced alarm over the current assembly’s agenda, saying it is too heavily focused on sociological issues rather than those more strictly pertaining to the Catholic faith.That’s the same criticism they made of the gathering’s working document, or Instrumentum Laboris.

In addition, there are those who believe the conversations in the Synod Hall and small discussion groups are too dispersive.The beef here is that they are not focused narrowly enough on a manageable number of topics strictly related to the assembly’s theme, “Young People, the Faith and Vocational Discernment.”Again, the concern is that this will make it difficult, if not impossible, for the assembly to express anything except vague generalities in its final document.All of these apprehensions are understandable to a certain extent. But what the critics (and even many people who disagree with them) have failed to appreciate is that this Synod gathering represents but a single step on a much longer and transformative journey.