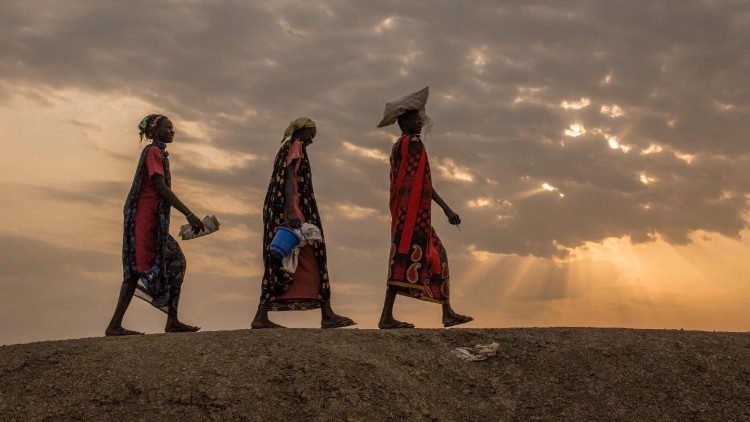 This week the Community of St. Egidio hosted the “Bridges of Peace “ meeting in the Italian city of Bologna, marking 32nd edition of the International Meeting in the Spirit of Assisi.

Among the issues discussed was inter-religious dialogue, the environment, disarmament, the role of believers in the face of wars, the widespread violence in Latin America, the future of Africa the pontificate of St John Paul II and “Europe and its Crisis.”

One of those participating at the meeting was Fr James Latanzio, General Secretary of the Council of Churches in South Sudan.

He told Francesca Sabatinelli, that he came to the meeting to bear witness to the continuing suffering, violence and war in the country, adding that the people had “suffered enough.”

Speaking about the “Bridges of Peace” event, he said, he had “learned from the prayers of Bologna” regarding peace building and noted that the Council of Churches in South Sudan was working to change the narrative from “that of violence to that of peace.”