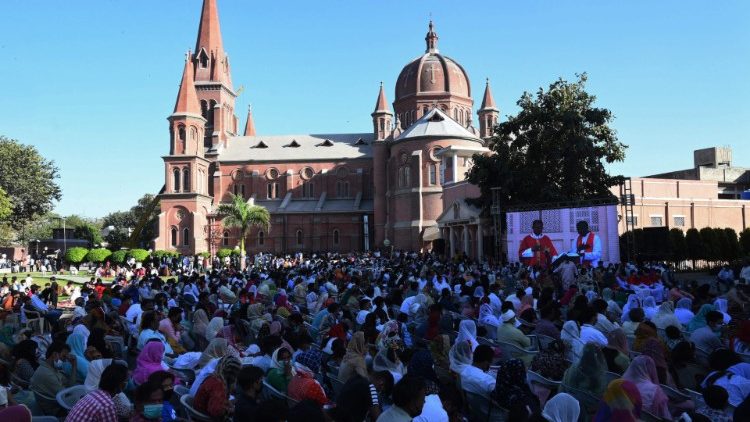 The Punjab Department of General Services and Administration in Pakistan stops employment advertisements for menial tasks that target candidates from religious minority groups.

Following a petition of the National Human Rights Commission (NCHR), the Punjab Department of General Services and Administration last week put a stop to the mention of the religion of candidates in public advertisements for jobs.

For years, Pakistani civil society organizations have criticized employment advertisements targeting religious minorities who are hired for sanitation and other menial jobs reserved for “non-Muslim” candidates.

The recent notice, issued with the approval of the chief minister of the Punjab province, was sent to all the administrative departments, with directives to nullify any provision that promotes such discrimination.

“We welcome the notification from the government of the province of Punjab, issued last week, which states that all government offices will no longer have to indicate, in any announcement or public notice, religious faith or the specific request of Christians for jobs such as ecological workers or street cleaners,” said Peter Jacob, president of the Center for Social Justice in a statement to the Vatican’s Fides news agency.

The notification sent last week states that the advertisements violate Article 27 (paragraph 1) of the Pakistani Constitution and Articles 1 to 7 of the United Nations Convention on the Elimination of Racial Discrimination, ratified by the Government of Pakistan.

Jacob added that the practice “is a flagrant violation of the fundamental human rights of religious minorities living in Pakistan” and requested the government to issue another notification adding clear sanctions for those who publish job advertisements reserved for only Muslims.

As Christians, he continued, “we raise our voice for all humanity, not just Christians: that is why the government notification must mention not only Christians, but also the rights of other religious minorities. Reference to professed faith should never be an indicated prerequisite in the job search.”

In Pakistan, about 95 percent of the workers who clean streets, sewers, hospitals, schools and public institutions belong to religious minorities.

This discriminatory employment practice can be traced to the caste system still present in some societies, which reserves the humblest jobs for people of the lowest castes. Many Christians in Muslim-majority Pakistan are descendants of lower-caste Hindus, who converted to Christianity years ago.

In Pakistan’s major provinces, Christian organizations and civil society have been vocal in speaking out against discriminatory public job advertisements for menial jobs, claiming it disgraces “members of religious minorities and fosters a culture of contempt for non-Muslims.”

Fr. Bonnie Mendes from Pakistan welcomes the move as a “positive step”, but notes that “there should be severe sanctions if government officials do not respect it.”

“It was an injury and a serious discrimination to read job advertisements promoted by public bodies in which humiliating jobs were indicated reserved for people from religious minorities,” said Aqsa Kanwal, a woman active in the defense of human and minority rights., who welcomes the notice and expresses hope “that all discriminatory state practices will be eliminated.”