Open letter by Card. Marc Ouellet on recent accusations against the Holy See 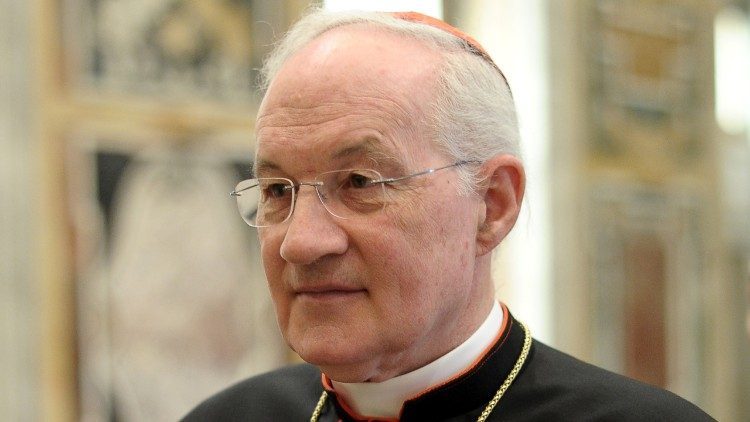 Today, the Holy See’s Press Office published an Open Letter by Cardinal Marc Ouellet, Prefect of the Congregation for Bishops, regarding recent accusations against the Holy See. We provide a working translation into English from the Italian translation of the original French.

In your last message to the media in which you denounce Pope Francis and the Roman Curia, you urged me to tell the truth about the facts which you interpret as endemic corruption that has invaded the Church’s hierarchy even up to the highest levels. With due pontifical permission, I offer here my personal testimony, as the Prefect of the Congregation for Bishops, regarding the events concerning the Archbishop Emeritus of Washington, DC, Theodore McCarrick, and his presumed links with Pope Francis, which constitute the subject of your sensational public denunciation, as well as your demand that the Holy Father resign. I write this testimony based on my personal contacts and on archival documents of the aforementioned Congregation, which are currently the subject of a study in order to shed light on this sad case.

First of all, allow me to say to you with complete sincerity, by virtue of the good collaborative relationship that existed between us when you were the Nuncio in Washington, that your current position appears incomprehensible and extremely deplorable to me, not only because of the confusion that it sows in the People of God, but also because your public accusations seriously damage the reputation of the Successors of the Apostles. I remember the time in which I once enjoyed your esteem and confidence, but I realize that I stand to lose the dignity you recognized in me for the sole fact of having remained faithful to the guidelines of the Holy Father in the service that he entrusted to me in the Church.

Is not communion with the Successor of Peter the expression of our obedience to Christ who chose him and who supports him by His grace? My interpretation of Amoris Laetitia, which you criticize, is written out of this fidelity to the living tradition, of which Francis has given us an example through the recent modification of the Catechism of the Catholic Church regarding the question of the death penalty.

Let us get down to the facts. You say that you informed Pope Francis on 23 June 2013 on the McCarrick case during the audience he granted to you, along with the many other pontifical representatives whom he then met for the first time on that day. I imagine the enormous quantity of verbal and written information that he would have gathered on that occasion about many persons and situations. I strongly doubt that McCarrick was of interest to him to the point that you believed him to be, since at the moment he was an 82-year-old Archbishop Emeritus who had been without an appointment for seven years. In addition, the written brief prepared for you by the Congregation for Bishops at the beginning of your service in 2011, said nothing about McCarrick other than what I told you in person about his situation as an emeritus Bishop who was supposed to obey certain conditions and restrictions due to the rumors surrounding his past behavior.

Since I became Prefect of this Congregation on 30 June 2010, I never brought up the McCarrick case in an audience with Pope Benedict XVI or Pope Francis until these last days, after his removal from the College of Cardinals. The former Cardinal, who had retired in May 2006, had been strongly advised not to travel and not to appear in public, so as not to provoke additional rumors in his regard. It is false to present the measures taken in his regard as “sanctions” decreed by Pope Benedict XVI and revoked by Pope Francis. After re-examining the archives, I can ascertain that there are no corresponding documents signed by either Pope, neither is there a note of an audience with my predecessor, Cardinal Giovanni-Battista Re, giving Archbishop Emeritus McCarrick an obligatory mandate of silence and to retire to a private life, carrying canonical penalties. The reason being that at that time, unlike today, there was not sufficient proof of his alleged guilt. Hence, the position of the Congregation was inspired by prudence, and my predecessor’s letters, as well as mine, reiterated through the Apostolic Nuncio Pietro Sambi, and then also through you, urging a discreet style of life, of prayer and penance for his own good and that of the Church. His case would have been the object of new disciplinary measures had the Nunciature in Washington, or whatever other source, provided us with recent and decisive information regarding his behavior. I hope like many others, out of respect for the victims and the need for justice, that the investigation underway in the United States and in the Roman Curia will finally offer us a critical, comprehensive view on the procedures and the circumstances of this painful case, so that such events are not repeated in the future.

How is it that this man of the Church, whose inconsistency is recognized today, was promoted on several occasions, even to the point of being invested with the highest function of Archbishop of Washington and Cardinal? I myself am extremely surprised by this and recognize the defects in the selection process undertaken in his case. Without entering here into the details, it needs to be understood that the decisions taken by the Supreme Pontiff are based on information available at a precise moment, which constitute the object of a careful judgement which is not infallible. It seems unjust to me to conclude that the persons in charge of the prior discernment are corrupt even though, in this concrete case, some suspicions provided by witnesses should have been further examined. The prelate in question knew how to defend himself very skillfully regarding the doubts that were raised about him. On the other hand, the fact that there may be persons in the Vatican who practice and support behavior contrary to Gospel values regarding sexuality, does not authorize us to generalize and declare this or that person as unworthy and as accomplices, even including the Holy Father himself. Should not the ministers of truth be the first to avoid calumny and defamation themselves?

Dear Pontifical Representative Emeritus, I tell you frankly that I believe it is incredible and unlikely from many points of view to accuse Pope Francis of having covered up after having full knowledge of the facts of this presumed sexual predator, and therefore of being an accomplice in the corruption rampant in the Church, to the point of considering him unfit to continue his reforms as the first Shepherd of the Church. I cannot understand how you could have allowed yourself to be convinced of this monstrous accusation which has no standing. Francis had nothing to do with the promotion of McCarrick to New York, Metuchen, Newark or Washington. He divested him from the dignity of Cardinal when a credible accusation of the abuse of a minor became evident. I have never heard Pope Francis allude to this self-styled advisor during his pontificate regarding nominations in America, though he does not hide the trust that he has in some of the Bishops. I presume that they are not preferred by you or by those friends who support your interpretation of the facts. I therefore consider it to be aberrant that you should profit by the horrible scandal of the sexual abuse of minors in the United States to inflict such an unprecedented and unmerited blow on the moral authority of your Superior, the Supreme Pontiff.

I have the privilege of meeting at length each week with Pope Francis, in order to deal with the nominations of Bishops and the problems that affect their office. I know very well how he handles persons and problems: very charitably, mercifully, attentively and seriously, as you yourself have experienced. Reading how you concluded your last message, apparently very spiritual, mocking and casting doubt on his faith, seemed to me to be really too sarcastic, even blasphemous! Such a thing cannot come from God’s Spirit.

Dear fellow brother, I truly want to help you retrieve communion with him who is the visible guarantor of the Catholic Church’s communion. I understand that bitterness and delusions have been a part of your journey in service to the Holy See, but you cannot conclude your priestly life in this way, in open and scandalous rebellion, which is inflicting a very painful wound on the Bride of Christ, whom you claim to serve better, thus aggravating the division and confusion in the People of God! In what other way can I respond to your request other than to say: come out of hiding, repent from this revolt and retrieve better feelings toward the Holy Father, instead of exacerbating hostility against him. How can you celebrate the Holy Eucharist and pronounce his name in the Canon of the Mass? How can you pray the Holy Rosary, the Prayer to St Michael the Archangel, and to the Mother of God, condemning him whom She protects and accompanies every single day in his heavy and courageous ministry?

If the Pope were not a man of prayer, if he were attached to money, if he were one who favors the rich to the detriment of the poor, if he did not demonstrate an untiring energy in welcoming all who are poor, giving them the generous comfort of his word and his actions, were he not multiplying all the means possible to proclaim and communicate the joy of the Gospel to everyone in the Church and even beyond its visible frontiers, if he were not extending a hand to families, to the elderly who are abandoned, to the sick in spirit and in body and above all to the young in search of happiness, then someone else could perhaps be preferable, according to you, with different diplomatic and political attitudes, but I, who have been able to know him well, cannot put into question his personal integrity, his consecration to mission, and above all the charisma and peace that dwell in him by God’s grace and the power of the Risen One.

Responding to your unjust and unjustified attack, dear Viganò, I therefore conclude that the accusation is a political maneuver without any real foundation to be able to incriminate the Pope, and I repeat that it is deeply wounding the Church’s communion. It would please God that this injustice be quickly repaired and that Pope Francis might continue to be recognized for who he is: an eminent pastor, a compassionate and firm father, a prophetic charism for the Church and for the world. May he continue his missionary reform joyfully and in full confidence, comforted by the prayer of the People of God and by the renewed solidarity of the entire Church together with Mary, Queen of the Holy Rosary.