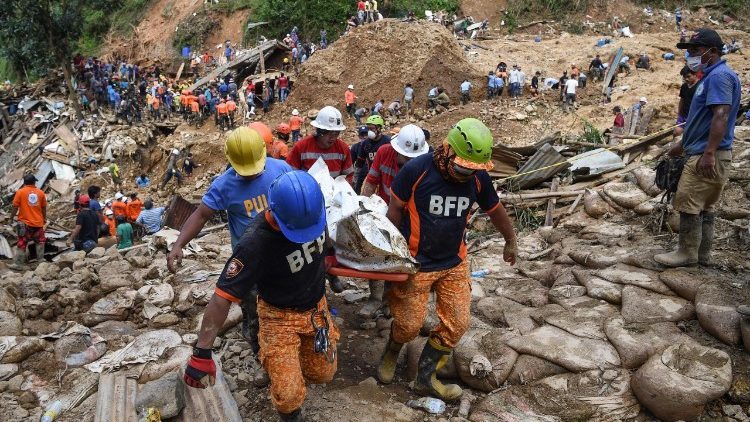 Super typhoon Mangkhut that hit northern Philippines on Saturday, continued its path of destruction across southern China on Sunday, into Monday.

Philippine authorities fear some 100 deaths due to strong winds, heavy rains, floods, landslides and widespread collapses brought by the super typhoon Mangkhut that slammed into northern island of Luzon on Saturday.

Harry Roque, the spokesman of Philippine Rodrigo Duterte, said earlier on Tuesday that Mangkhut had left 63 people dead, 42 injured and dozens missing as it cut a destructive path across the country’s largest and most populous island.

According to Philippine senator and domestic Red Cross Chairman Richard Gordon, about 3 million people were affected in the worst-hit parts of the Philippines and another 11 million further south face flooding that may bar any return to their rice farms.

Typhoon Mangkhut, which Philippine authorities have recorded as the strongest of the year, has knocked out electrical infrastructure in seven provinces, creating disruption to over 4 million people.  Agricultural damage is estimated at 14.27 billion pesos ($264 million).

Among the victims are at least 40 to 50 people buried in a partial hillside collapse near the mining town of Itogon in the Cordillera region, some 200km north of Manila.  The tragedy hit when people were inside a shelter.

As of early Tuesday evening, 16 bodies had been recovered from the site and identified by relatives. Only three people have been rescued from under the rubble alive.  Police said a further 55 people were missing and 74 were injured.  Accurate headcounts were hard to come by.

Super typhoon Mangkhut that hit northern Philippines, continued its path of destruction across southern China on Sunday, before weakening on Monday.

Meanwhile, Baguio Diocese has appealed for help for the families and individuals especially at the evacuation centers of Benguet province.   Fr. Manuel Flores, Jr., Social Action Coordinator of the diocese said that while evacuees in Baguio City were returning to their homes, a number of the municipalities were still isolated due to landslides.

According to the City Disaster Risk Reduction Management Council (CDRRMC), the most urgent needs are potable water, food, blankets and beddings.

The Philippine government has welcomed the first shipments of aid for the victims of the typhoon from abroad. Australia has pledged to provide over 572,000 US dollars in basic necessities such as mats, blankets and hygiene kits for up to 25,000 people.

The United Nations Agency for International Development and the United Nations World Food Program (UN) are coordinating with the Philippines Department for Social Assistance and Development, in order to send at least 1,100 tons of rice to the country.

Children are also paying a heavy price in the wake of the devastating typhoon.  The international non-governmental organization, Save the Children said on Monday that more than a million children are missing out on education as thousands of schools remain shut following Mangkhut.

According to the Department of Education, more than 4,300 schools remain suspended because of damage caused by the storm or the ongoing use of classrooms as evacuation centres, affecting over one million students.  At least 170 schools suffered flooding, while nearly 2,000 classrooms were either totally destroyed or suffered varying levels of damage.

Save the Children is distributing aid to 800 of the worst-affected families, including hygiene items like shampoo, soap and cleaning products, as well as jerry cans, water purification tablets, pots and pans for cooking and plastic sheeting for temporary shelter.

The children’s rights group is helping children get back to school quickly, and will provide livelihood support to farmers who suffered major crop loss.  Save the Children has a long history of responding to typhoons and other disasters in the Philippines.