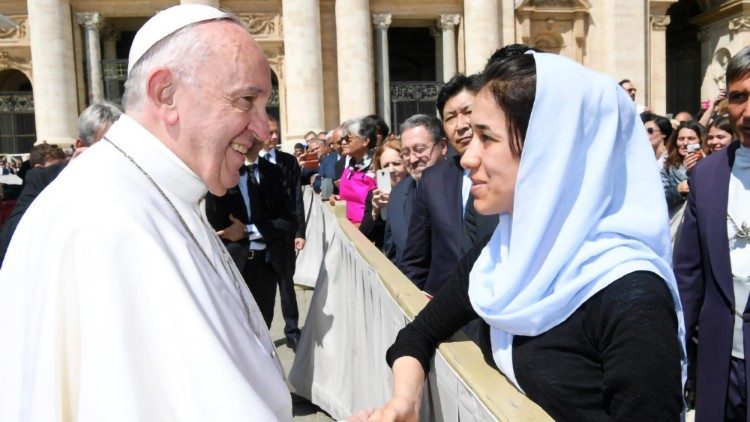 The Norwegian Nobel Committee made clear it wanted to send a special message about sexual violence with this year’s Nobel Peace price.  It said that the “Nobel Peace Prize for 2018” was awarded to Denis Mukwege and Nadia Murad “for their efforts to end the use of sexual violence as a weapon of war and armed conflict.”

Both laureates, it said, “have made a crucial contribution to focusing attention on, and combating, such war crimes.”

The Nobel Committee said there were good reasons to award the Nobel Peace Prize to Dr. Mukwege and Murad, who was named the United Nations first Goodwill Ambassador for the Dignity of Survivors of Human Trafficking. “Denis Mukwege is the helper who has devoted his life to defending these victims.”

The 63-year old Dr. Mukwege founded a hospital in Eastern Congo and treated thousands of women, many of whom were victims of gang rape.

Dr. Mkwege’s hospital was the subject of threats, and in 2012 his home was invaded by armed men who held his daughters at gunpoint, shot at him and killed his bodyguard.

The Nobel Committee also noted the bravery of his fellow Peace Prize laureate Murad, saying that she tackled sexual violence by speaking about her experiences in Iraq. “Nadia Murad is the witness who tells of the abuses perpetrated against herself and others. Each of them in their own way has helped to give greater visibility to war-time sexual violence so that the perpetrators can be held accountable for their actions.”

Murad is an advocate for the Yazidi minority in Iraq and for refugee and women’s rights in general. She was enslaved and raped by Islamic State fighters in Mosul, Iraq, in 2014.

She isn’t alone: An estimated 3,000 Yazidi girls and women who were victims of rape and other abuses by Islamic militants. She managed to escape after three months and chose to speak about her experiences.

Murad was only 23 when she was named the U.N.‘s Goodwill Ambassador and her book, “The Last Girl,” tells of her captivity, the loss of her family and her eventual escape.

During that conversation at the Vatican, she sought spiritual support for the suffering of her people and thanked him for having spoken out about crimes not just against Christians but also against other ethnic and religious minorities, including the Yazidi.

Pope Francis expressed his solidarity and prayers for them.