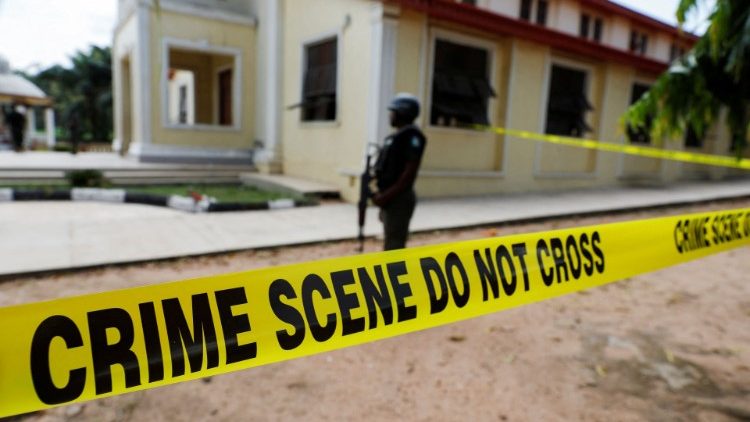 Pope Francis expresses his closeness to the Bishop and faithful of the Diocese of Ondo where a deadly attack on Pentecost Sunday claimed the lives of 50 Catholic faithful.

Pope Francis has sent a telegram conveying his sorrow at the horrific attack that took place in a Catholic Church in Owo, Ondo State, Nigeria.

In the message, signed by Cardinal Secretary of State Pietro Parolin and addressed to Bishop Jude Arogundade of Ondo, the Pope assured those affected by “this act of unspeakable violence” of his spiritual closeness.

“In commending the souls of the dead to the loving mercy of Almighty God and imploring divine healing and consolation upon the injured and those who are grieving, [the Pope] prays for the conversion of those blinded by hatred and violence, so that they will choose instead the path of peace and righteousness.”

On Sunday, dozens of Catholic faithful gathered for Pentecost Sunday Mass at St. Francis Xavier parish in Owo were shot and killed by unknown gunmen who also employed the use of explosives in the attack. Reports put the death toll at about 50, but the number is expected to rise.

The deadly attack drew swift condemnation from both Church and civil authorities, and the Nigerian government has vowed to go after the perpetrators.

Prayers for the dead

In the telegram, Pope Francis commended the souls of the dead to the loving mercy of God and implored “divine healing and consolation” upon those who are grieving.

The Pope also prays for the conversion “of those blinded by hatred and violence so that they will choose instead the path of peace and righteousness.”

Finally, the Holy Father prayed for the divine blessings of comfort and strength on the Bishop and faithful of the diocese as they “continue to live the Gospel message with fidelity and courage.”

The altar and crucifix were stained with blood during the attack

Pope Francis invites Christians to sit at the school of the Holy Spirit, journeying together as Church, open to the world.