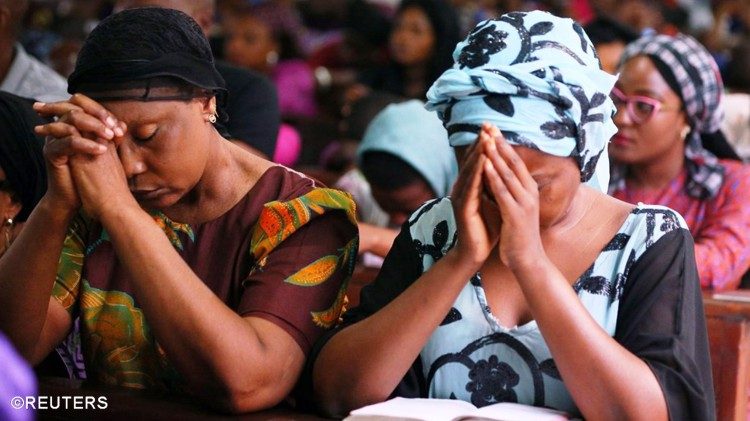 The terrible massacre carried out on Pentecost Sunday on a Catholic church in Nigeria has received very little coverage in the global mass media, which reveals the existence of a “second-class suffering” that induces further suffering and is accompanied by a sense of feeling forgotten due to seeing pain as not deserving worldwide attention.

It is striking to browse the webpages of major news outlets and not to see among the top news items—with a few exceptions—the dramatic massacre carried out in a Catholic church in Nigeria during Mass on Pentecost Sunday.

African media outlets have complained for decades of being on the margins of international attention, not only regarding tragedies but even especially all that is beautiful and positive on the continent. Theirs is not the lament of a victim, but a simple statement of a reality: Africa’s humanity is disregarded in favor of many hidden or overt interests for its natural resources.

The images of the massacre are horrific. No one can fully understand the evil that lashed out so ferociously on helpless people praying on a feast day and took so many lives, with many children among the victims.

It is striking to see so much pain utterly neglected and to witness the indifference and lack of compassion in the face of those who suffer.

Pope’s care and concern for Africa

Pope Francis’ first appeal of his pontificate was for the Central African Republic, where he opened the Holy Door for the Jubilee of Mercy.

Since then, he has repeatedly urged everyone to open their hearts to the poor, the marginalized and those who are forgotten.

His first trip was to the Italian island of Lampedusa, to remember the many migrants who dreamed of a better life but died because they did not find an outstretched hand to save them.

There are so many forgotten wars and crises, not only in Africa. Syria, Yemen, Afghanistan, Myanmar, and Haiti come to mind, just to name a few.

Recalling those forgotten sufferings and thinking of this small Nigerian town—Owo, the scene of Sunday’s massacre—the prophecy of Isaiah comes to mind when he says that one day all peoples will see the justice of God and every neglected city, every forgotten and abandoned person, will clearly behold the love of God our Savior:

Pope: Dialogue is the alternative to fragmentation and conflict