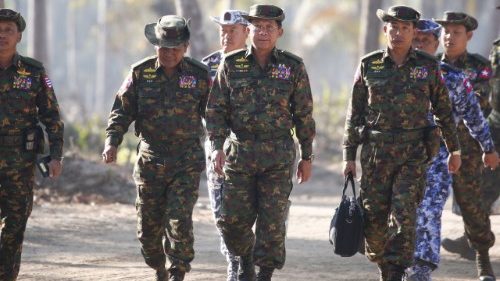 The government in Myanmar rejected a United Nations’ report on mass killings and gang rapes of Rohingya, saying they didn’t agree or accept any resolutions made by the Human Rights Council.

“We didn’t allow the FFM (the UN Fact-Finding Mission) to enter into Myanmar, that’s why we don’t agree and accept any resolutions made by the Human Rights Council,” Government spokesman Zaw Htay told local media.

Htay added that the government had set-up its own ‘Commission of Enquiry’ to respond to allegations made by the UN.

The report called for officials from Myanmar to face genocide charges over their campaign against the Muslim minority. Marzuki Darusman, the mission’s chairman, said his researchers amassed evidence based on hundreds of interviews with witnesses and victims, satellite photos, and verified pictures and moving images.

UN investigators said they had discovered that Myanmar’s army had taken actions that amounted to the gravest crimes under international law, as more than 700,000 Rohingya started fleeing at the end of last summer.