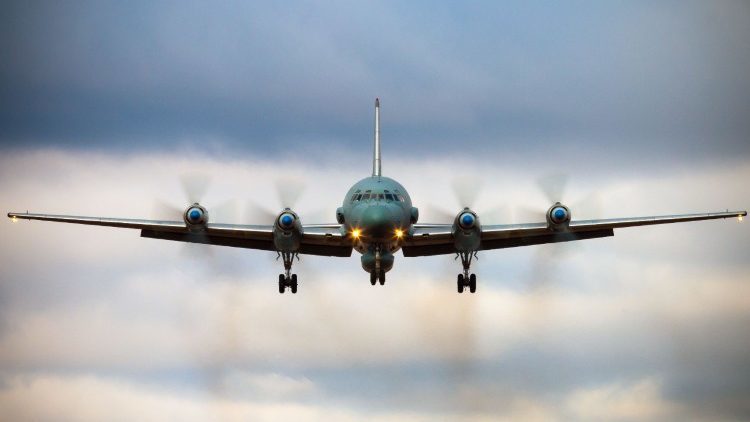 Russia’s Defense Ministry says the Russian Il-20 reconnaissance aircraft was shot down by a Syrian missile over the Mediterranean sea late Monday. Officials confirmed that all 15 people on board the plane were killed in the crash, which reportedly happened some 35 kilometers, or 22 miles offshore as it was returning to its home nearby.

However, the Russian Defence Ministry said Israel was responsible for the tragedy. A  Ministry spokesman complained that the Russian aircraft was caught in the crossfire as four Israeli fighter planes attacked targets in northwest Syria.  The spokesman, Major General Igor Konashenkov, was heard through an interpreter. “The Israeli command center and the pilots obviously saw the Russian airplane because it was coming in for landing from the altitude of five kilometers. However, they deliberately conducted these [strikes],” he said.

“The Russian operative command wasn’t informed by Israel about the upcoming strikes. The warning came via the hotline but only several minutes before the actual strike, which did not leave any room for putting the Russian airplane outside the danger zone,” the spokesman added.

The Israeli military has expressed sorrow for the deaths of the Russian aircrew downed by Syrian anti-aircraft fire. But in a statement, it said Syria’s government is “fully responsible” for the shooting and that Iran and Hezbollah are also “accountable” for what it called “this unfortunate incident.”

Israel also pledged to share all its information with Russia to “review the incident and to confirm the facts in this inquiry.”

Despite the crash, the Kremlin said the shooting down of the Russian military aircraft would not affect a new agreement between Russia and Turkey on a demilitarized zone in Syria.

Russia is, however, a close ally of Syria’s government in a civil war that killed hundreds of thousands of people and displaced many more

Mandatory Use Of Identity Numbers Begins In January, FG says