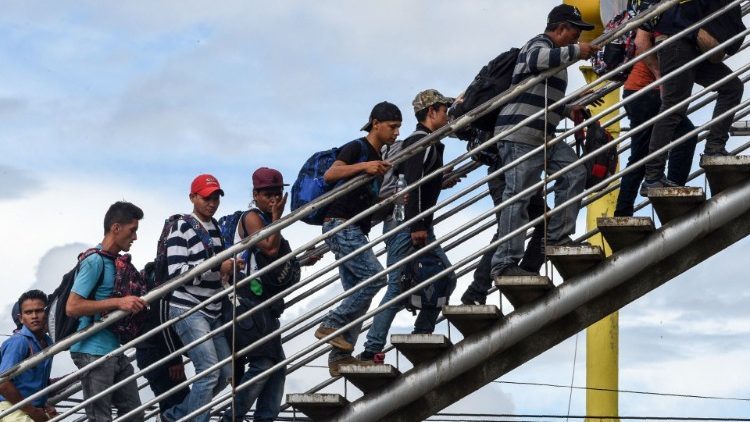 US President Donald Trump has issued a warning he`ll use the Military to seal the US Border should the Honduran Caravan of would be migrants cross over into Mexico. He`s threatening to cut all aid to Honduras, Guatemala and El Salvador. Fully aware that the recently renegotiated North American Free Trade Agreement is at imminent risk, Mexican Authorities have insisted that those wanting to arrive in Mexico must have the relevant documentation including passports. They`re also requesting the help of the United Nations High Commission on Refugees to access asylum cases, to insure that human rights are fully respected according to international law.

President Trump has tweeted a message of thanks to the Mexican Government and US Secretary of State Mike Pompeo, who`s due in Mexico today (Friday) for discussions about the crisis has also welcomed this move.

It now seems unlikely the Caravan who`s numbers have increased to more that four thousand, will be allowed to enter Mexico.

Pope at Mass: By reaching out we find the promised inheritance