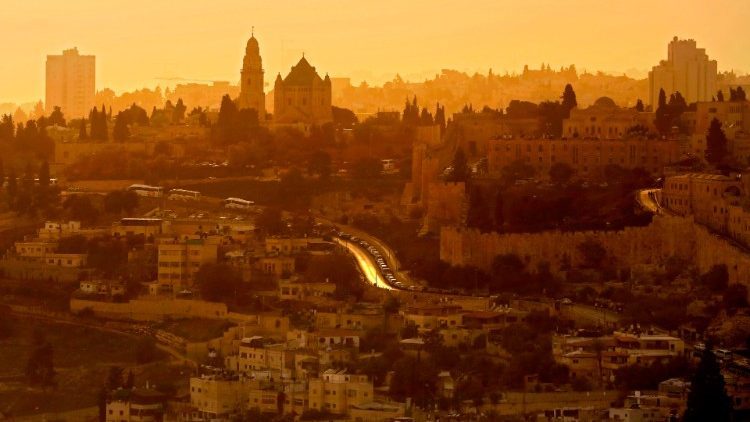 The Holy See has reiterated its unwavering support for a fair, durable and early solution to the Israeli-Palestinian conflict, through the resumption of negotiations aimed at reaching a Two-State solution, with Israel and a Palestinian State living side by side in peace and security withininternationally-recognized borders.

Archbishop Bernardito Auza, the Holy See’s Permanent Observer to the United Nations in New York made the call in an address on Thursday to a UN Security Council debate on the situation in the Middle East and the Palestinian question.

Legitimate aspirations of both peoples

While expressing grave concern over facts on the ground, the Vatican diplomat called on both sides to demonstrate wisdom, responsibility and the political will to reach a historic peace agreement that would meet the legitimate aspirations of both peoples.

“Persevering dialogue based on good will ,” he said, “must replace inflammatory rhetoric, violence and conflict.”  “Innocent civilians must never be the target of terror or overwhelming military actions,” he stressed.

Noting that states in and outside the Middle East have exacerbated the Israeli-Palestinian discord and the intra-Palestinian divisions for their own interests, Arch. Auza urged these states to rather facilitate and sustain the peace process.

The status of Jerusalem has been a painful issue between Israel and the Palestinians.  Palestinians want East Jerusalem as the capital of their future independent state, whereas Israel has declared the whole city to be its “united and eternal” capital.

At the UN, Arch. Auza reiterated the Holy See’s support for the historic “status quo” of Jerusalem, in line with UN resolutions, rejecting any unilateral measure aimed at changing it.

He asserted the Holy See’s stand that the Holy City be a place of convergence and peace and that the followers of the three monotheistic religions of Judaism, Christianity and Islam be guaranteed free and unhindered access to the Holy Places.

The Holy See official also expressed serious concern over the dire humanitarian situation of Palestine refugees.  Arch. Auza urged that the UN Relief and Works Agency for Palestine Refugees in the Near East (UNRWA), that is providing some 5.6 million Palestine refugees with the most basic human needs,  be allowed to function fully in order to prevent the situation from worsening.

Youth minister hopes Church will learn how to adapt its message