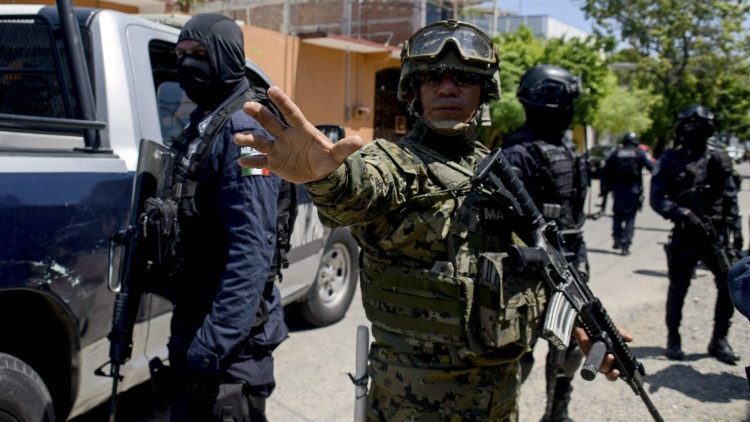 State Authorities pulled the plug on Acapulco`s entire Police Force, which has been stripped of its guns, radars, bullet proof vests, vehicles, plus all responsibilities and  it`s been placed under investigation.  Officials say that three senior Police Officers have been arrested and that the Force has been deeply infiltrated by drug cartels, with crime fighting grinding to a halt.

State Police, troops and Marines are now running law and order,  patrolling the streets. Once the jewel in Mexico`s tourism crown, world famous for its cliff diving,  the favorite spot of film stars  and the site of the annual national Tourism Convention, Acapulco is now being fought over by three drug cartels, with violence spilling on to its beaches and into its Hotel Zone. Paradise lost.

Pope at General Audience recalls his visit to Baltic nations