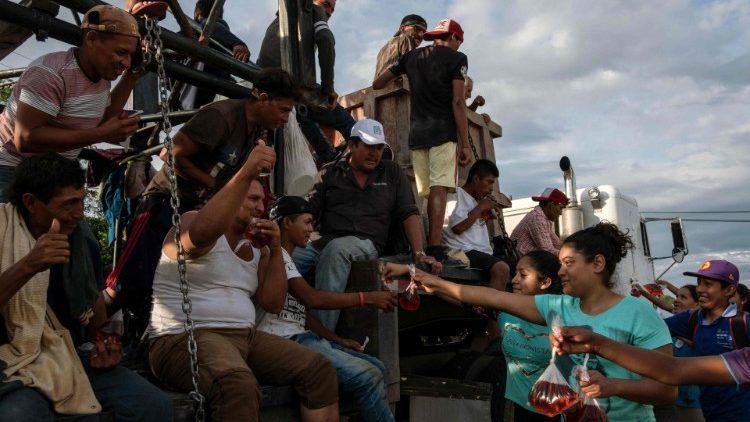 Miguel Angel Yunes, who`s the Governor of the Mexican South Eastern State of Veracruz,  says the migrants can be taken by buses all the way to Mexico City, or even further afield.  He stresses that it`s important that the migrants are able to move from Vera Cruz to another location, because the health and security of his people is his number one priority.

Meanwhile Guatemala`s President Jimmy Morales is travelling to the United States to scrutinize and guarantee the well being of children who are being held by the US Immigration system.  And then on to Honduras on Monday, for urgent talks with Honduran President Juan Orlando Hernandez about the ongoing crisis.