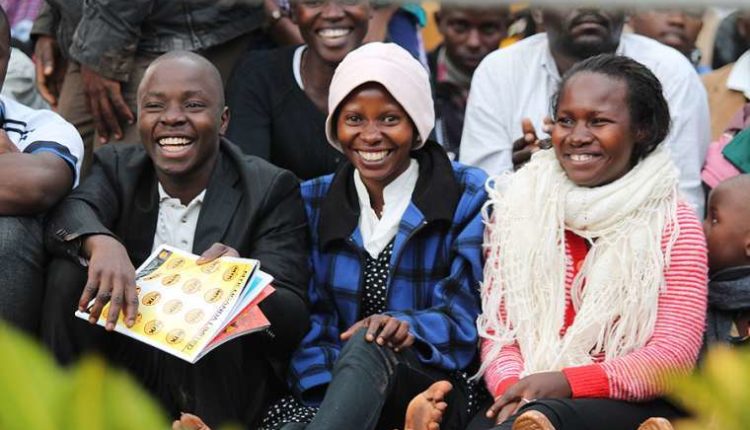 Despite recent disparaging Western commentary on high African birth rates, fertility rates on the continent are normal when viewed in the context of development, new data analysis from the Institute for Family Studies shows.

The analysis comes weeks after French President Emmanuel Macron commented at a Gates Foundation event in New York that educated women do not choose to have large families. “I always say: ‘Present me the woman who decided, being perfectly educated, to have seven, eight or nine children,’” he said.

While Macron clarified that he was speaking about the lack of educational opportunities in African countries, his comments struck a nerve with women in the United States and throughout the world. One professor at Catholic University of America started the hashtag  #PostcardsforMacron on social media, with which educated women from different countries shared photos of their large families.

In a new analysis published this week, Lyman Stone, a research fellow at the Institute for Family Studies, said that the fertility rate of most African countries is normal when other factors such as levels of development and child mortality rates are considered.

“What’s really going on here is quite simple: United Nations demographers have repeatedly messed up their forecasts of African fertility in more-or-less the same direction, and, rather than give a good explanation about why that is, the development community is responding by faulting Africans for having kids,” Stone wrote.

Each time the U.N. has forecasted Africa’s population for 2050, the numbers of their prediction have increased, causing some demographers to publish papers “bemoaning Africa’s curiously slow ‘demographic transition’ to near-replacement fertility,” Stone said.

For example, in 2008, the U.N. predicted that by 2050, the fertility rate in Africa would fall to about 2.5 children per woman, close to near-replacement rates, which range from about 2.1 to 2.3 children per woman.

“This upward trend in forecast population stems from the fact that U.N. demographers have repeatedly overestimated how quickly Africa’s fertility would decline.”

Between 1965 and 2015, the fertility rate in Sub-Saharan African countries fell from almost 7 children per woman to slightly less than 5 children per woman. The decline has been slight, and slow, but steady – just not as dramatic as some Western groups had hoped, Stone noted.

“The entire scary story about African fertility really boils down to fractional differences in the rate of future fertility decline. In other words, Macron’s comments about ‘6 or 7 or 8’ kids are totally irrelevant,” he wrote.

“Africa’s ‘problem,’ as far as U.N. demographers are concerned, isn’t women having seven kids today; it’s women having three kids, 40 years from now when they ‘should’ have had just two.”

Typically, the more developed a country, the lower the child mortality rates and fertility rates are, he said. This is because as countries develop and people live longer, healthier lives, parents can reasonably expect that their children will live well into adulthood, driving down the need for many children in hopes that some will live into adulthood.

Furthermore, as people become more educated, they learn to manage their own fertility better, and have jobs “where brains are often more useful than brawn,” reducing the economic need for having more children.

When rates of child mortality are considered, the fertility rates in most African countries are normal, Stone wrote.

Africa is also a large and varied continent, and fertility rates vary significantly between its countries, Stone noted.

Furthermore, comparing fertility rates among developing countries also must take into account what kinds of family planning policies are being implemented in those countries, Stone said.

While Western groups like the Gates Foundation say that they want family planning policies in African countries to respect women’s freedom, at the same time they want the fertility rates in Africa to decline as dramatically as in countries such as China or India, which have implemented inhumane practices such as the “One Child” policy or forced sterilizations.

“In other words, Western donors need to get their story straight: do they want Africa to experience East-Asian style fertility declines, or do they want African countries to pursue democratically-compatible, rights-respecting population policies? You can’t have it both ways,” Stone noted.

In fact, Stone added, it is unclear why Western groups think they should get a say in African fertility rates at all.

“Western countries should have learned their lesson: it’s time to stop acting like African policy can be made from London or Paris or Seattle. Truth be told, Western organizations have no right, and no moral credibility, to step in and tell African women what they should or shouldn’t do with their bodies. We would be much better off looking for ways to solve our own fertility problems.”