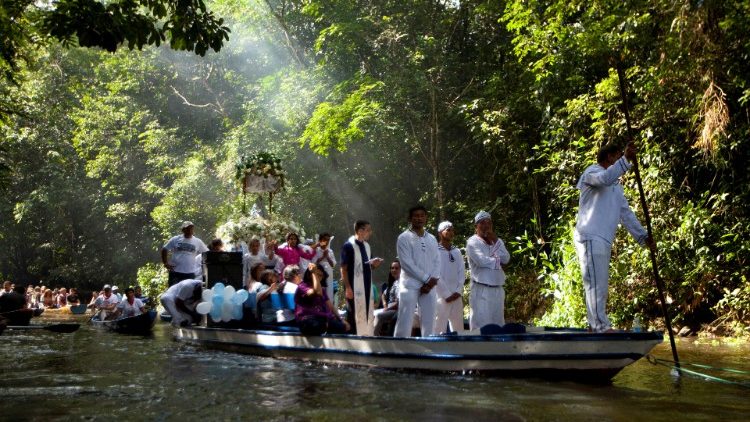 Catholic leaders from local churches around the world responded to Pope Francis’ Apostolic Exhortation after its release on Wednesday.

Bishops from Ireland, Australia, and the United States were among the first to respond to Pope Francis’ post-Synodal Apostolic Exhortation, which was presented at the Vatican on Wednesday.

A call to action

Archbishop Eamon Martin, the Archbishop of Armagh and Primate of All Ireland, “warmly welcomed” Querida Amazonia, in which, he said, Pope Francis “presents a clear-sighted analysis of the grave threats to the peoples and ecosystems of the Amazon, and by extension to the earth, our common home.  He highlights the problems of poverty, economic and social injustice and the violation of human rights which are intertwined in the vicious cycle of ecological and human degradation”. Archbishop Martin said, “Although Querida Amazonia aims to strengthen solidarity with our brothers and sisters in that beautiful and vital part of our world, it is not just a document of interest to the peoples of the Amazon.  It is also a call to action for all in our Church and in our world.”

Not just for the Amazon region

His words were echoed on the other side of the world, by Archbishop Mark Coleridge of Brisbane, the president of the Australian Catholic Bishops Conference: “All papal documents are highly anticipated, but this one holds a special interest not just for the peoples of Amazonia with all their needs, but for the Church around the world.” Querida Amazonia, he said, “will be a milestone in the Church’s reception of the teaching of the Second Vatican Council and a spur to us in Australia as we continue the journey of the Plenary Council… The issues faced by many in the Amazon are not foreign to Australia, and the Holy Father’s words come as a challenge and encouragement to us too”.

A hopeful and challenging vision

From the United States, the President of the US Bishops’ Conference, Archbishop Jose Gomez of Los Angeles, said that Pope Francis “offers us a hopeful and challenging vision of the future of the Amazon region, one of the earth’s most sensitive and crucial ecosystems, and home to a rich diversity of cultures and peoples”. Pope Francis, said Archbishop Gomez, “reminds us that the Church serves humanity by proclaiming Jesus Christ and his Gospel of love, and he calls for an evangelization that respects the identities and histories of the Amazonian peoples and that is open to the ‘novelty of the Spirit, who is always able to create something new with the inexhaustible riches of Jesus Christ’.” In the name of his brother bishops, he thanked Pope Francis for his “wisdom and guidance”, and pledged their “continued commitment to evangelizing and building a world that is more just and fraternal and that respects the integrity of God’s creation”.

Pope’s schedule for Lent and Easter