Lithuania hopes Pope Francis will bring hope for the future 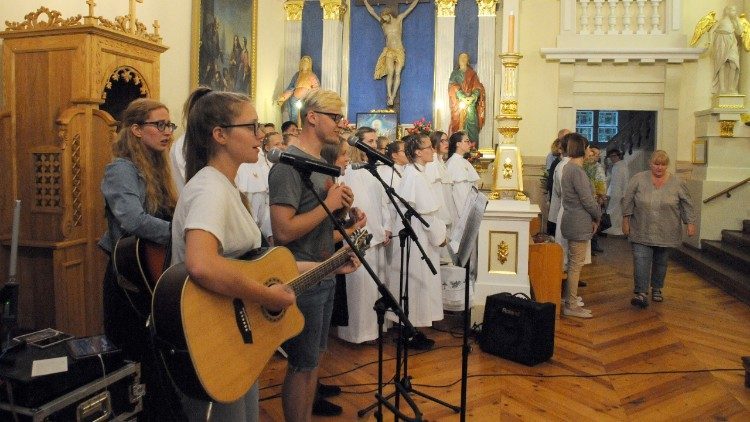 Lithuania, Latvia and Estonia are the three Baltic nations Pope Francis will visit during his 25thApostolic Journey abroad starting on 22 and ending on 25 September.

According to his schedule he will spend time in Vilnius and Kaunas in Lithuania, in Riga and Aglona in Latvia, and in Tallinn in Estonia

All three nations are celebrating their 100th anniversaries having declared their independence from Russia in 1918 before being incorporated into the Soviet Union in 1940 of which they were part of until 1991.

Lithuania has the largest Catholic community in the Baltics, accounting for more than 75 percent of the nation’s nearly 3 million inhabitants.

Vatican News spoke to the Archbishop of Vilnius, Gintaras Linas Grušas about preparations, expectations and hopes for the papal visit

25 years since the visit of Saint Pope John Paul II

Archbishop Grušas said preparations to receive Pope Francis are currently ongoing at a great pace and with enormous anticipation. Recalling that the visit falls on the month of the anniversary of Saint John Paul II’s visit to Lithuania 25 years ago, he said that is “the framework in which we are receiving the message”.

Pope John Paul II spoke to the people of Lithuania about “the problems and the situation of 25 years ago coming out of communism” he said.

The challenges of freedom

Grušas remarked on how the people’s concept of freedom has changed in 25 years explaining how “back then it was seen as something versus the oppression of an outside dictatorship and the lack of self-determination for a State.” Today, he continued. we face the challenges of freedom in a completely different way: “the ability to use our freedom correctly, to understand it and to use it for the common good”.

In relation to this, he spoke of the current challenges posed by immigration and by a high percentage of alcoholism, suicide, as well as  a high divorce rate which, he said, are in part impacted by the wounds of the past.

“To be able to use freedom not just to do whatever people want but to understand freedom as also the obligations that it has for us looking towards the future” he said.

Archbishop Grušas said the people of Lithuania are hoping that the Pope will show the direction for hope and how to address the challenges faced by society,  both locally and internationally.

Time of recovery for the Church

He pointed out Francis will visit countries “where the people have suffered, where the Church has suffered, and where the faithful have learnt the importance of prayer and recovery: the last 25 years have been a recovery for our Church from the wounds it has experienced”.

The Archbishop said that those wounds have also given much fruit mentioning that one of the places the Pope will visit when in Lithuania is the KGB prison as well as the Jewish Holocaust Memorial.

“These are signs of great wounds in the body of Christ, he concluded,that we have experienced in the past  hundred years and prayer and healing were the way that our societies had to go forward in order to heal these wounds”