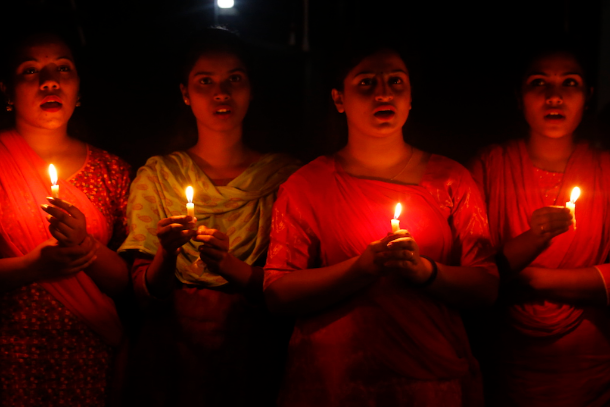 Magis Bangla, the Bangladeshi chapter of an international Catholic youth movement sponsored by the Society of Jesus (Jesuits), is marking its 12th anniversary in the country.The Nov. 8-10 celebrations at Jesuit-run Novojyoti Niketan (Home of New Light) in Gazipur district near capital Dhaka include a gathering of more than 150 current and former members of the movement, meditation, formation sessions and cultural programs.”Go for the Greater” is the theme of the celebrations.Over the years, Magis Bangla has aimed to transform and transmit Christian values and spirituality with cultural and intellectual foundations for Bangladeshi Catholic youth, said Father Pradeep Perez, the movement’s coordinator.”Our aim is to embody and present Christian life and living in an alternative and extraordinary way, which breaks away from traditional classroom formation but is close to our daily living of life. Our formation is based on the teachings of Jesus with an emphasis on knowledge and culture,” Father Perez told ucanews.com.Year-long Magis programs including youth camps, a carol and photography competition, musical drama on the life of Jesus, and celebrations of national and cultural festivals encompass the true spirit of Christian values, he said.”Magis wants young people to have a better life, a life in fullness, for the greater glory of God,” Father Perez added.Magis Bangla members say the movement has changed their lives for the better.”I have made some great friends since I joined the movement more than four years ago. Magis has taught me essential values including equal respect for everyone including women,” photographer Amit Leonard, 26, told ucanews.com.”Moreover, I have learned how I can connect spirituality with everyday life. This is very important for young people.”Magis Bangla is a platform for “latent talents” and promotes awareness about social and family responsibilities, said Tithi Agatha Halder, a member since 2010.”Everyone has got talents, but some are shy to express them in public. Magis gives young people a forum to express and manifest our talents through various activities. It gives young people confidence for their future lives,” Halder told ucanews.com.”Magis helps us attain and use knowledge from practical experience of life, which is way more effective than conventional lecture-based formation.”Holy Cross Brother Ujjal Placid Pereira, secretary of the Catholic Bishops’ Youth Commission, applauded the Magis movement.”We are aware that Magis Bangla is very popular among young people, which means they find it interesting and useful. We appreciate this Jesuit initiative for youth formation, and I believe it can bring good for youth and the church,”

However, Brother Pereira noted that Magis programs seem more about celebration than spiritual formation.”The church teaches us that catechism and spiritual formation should be at the heart of the church’s youth programs. Magis Bangla is a creative program, and it can do better by emphasizing more on catechism and spirituality,” he said.”Magis” is a Latin word meaning “more, better and fuller” and it also stands for “Marching and Growing in Solidarity.” Magis came into being in 1997 before World Youth Day in Paris. It has become a major global Catholic youth movement.Magis draws inspiration from Ignatian spirituality, initiated by St. Ignatius de Loyola, the founder of the Society of Jesus. The Magis program focuses on prayer, spirituality, life sharing, reunions, volunteering, social help, art and music. Jesuits in Bangladesh started Magis Bangla on Sept. 9, 2007