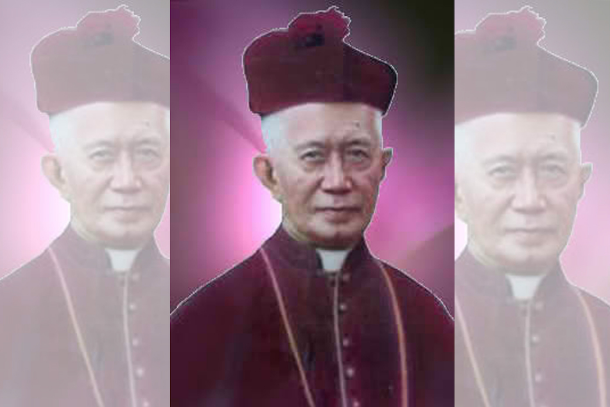 Pope Francis has advanced this week the cause of beatification of the late Filipino bishop Alfredo Maria Aranda Obviar by declaring him “venerable.”The pope’s recognition of the founder of the Missionary Catechists of St. Therese of the Infant Jesus makes the late prelate two steps closer to sainthood.Bishop Obviar, who died in 1978 at the age of 89, was declared a “Servant of God” in March 2001.For him to be beatified, the Vatican would have to recognize a miracle attributed to the late bishop’s intercession. Another miracle would be needed for canonization.Lucena Diocese introduced Bishop Obviar’s cause for sainthood. The Congregation for the Causes of Saints granted a Nihil Obstat (a declaration of no objection ) to the diocesan inquiry into his life in 2001.A decree of validity of the process was issued in 2007, and in 2014, a “positio,” or official position paper on the life of the late prelate was submitted for review.Born in the town of Lipa in Batangas province, Bishop Obviar was ordained a priest in 1919. He was named auxiliary bishop of Lipa in 1944.In 1969, he was appointed the first bishop of Lucena, a post he served in until his retirement in 1976.”It is a great news for us,” said Bishop Arturo Bastes of Sorsogon. “We believe that Bishop Obviar is a holy man who suffered in silence and whose religious foundation is blessed by God,” he added.Bishop Honesto Ongtioco described the late prelate as “a silent worker in the church.”Bishop Obviar was a Council Father at the first Session of the Second Vatican Council.