Indonesia searches for survivors and mourns those who have died 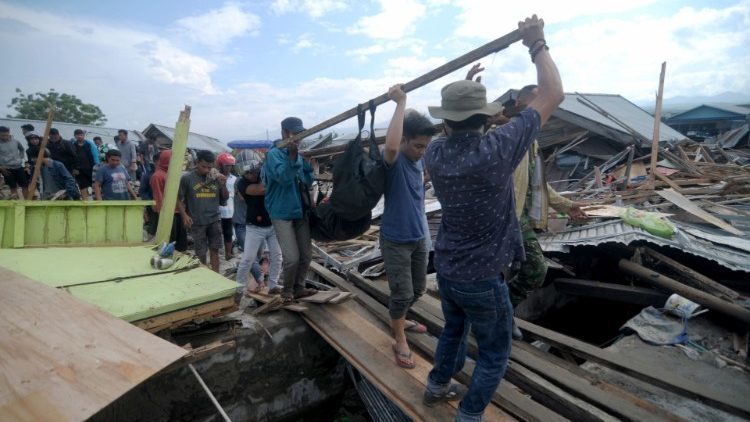 The number of Indonesians who lost their lives in Friday’s devastating earthquake and subsequent tsunami has swelled drastically. Friday’s earthquake measured 7.5 on the richter scale, and triggered tsunami waves as high as 6 meters, or 20 feet.

From an earlier estimate of 400 dead, the number stands at more than 800 as of Sunday afternoon.

Rescue efforts are still underway. There have been reports of rescuers in Palu digging with their bare hands frantically searching for survivors. Hundreds of people had been preparing for a beach festival when disaster struck.

Several large coastal towns, including Donggala and Mamuju, were still inaccessible on Sunday due to damaged roads, disrupted telecommunications, and lack of equipment.

The Red Cross’ estimate for the number of people affected by the tragedy stands at 1.6 million.

Indonesia’s Vice President has said that the final death toll may well be in the thousands.

Pope Francis expressed his nearness to the people on Sulawesi island in his remarks after reciting the Angelus on Sunday. He also assured them of his prayers for those who have died, as well as to all who have lost homes and livelihood.