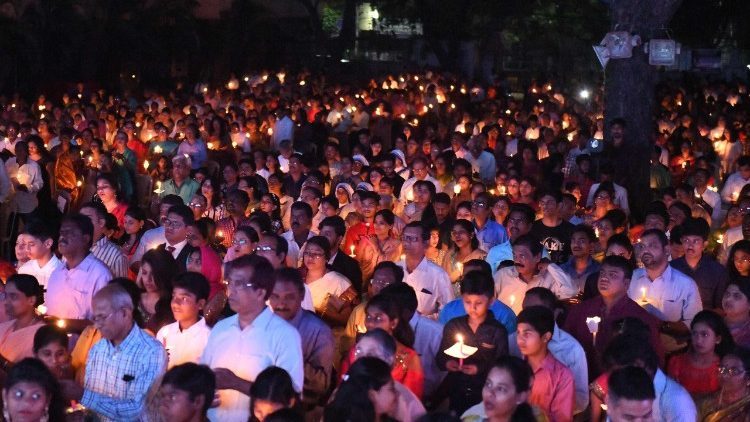 Christians of various denominations in India are joining hands in jointly observing the Dalit Liberation Sunday (DLS) on Sunday.

The Office for Scheduled Castes/Backward Classes (SC/BC) of the Catholic Bishops’ Conference of India (CBCI), and the National Council of Churches in India (NCCI), that comprises Protestant and Orthodox Churches, are marking the day on November 11.

The ecumenical observance has as its theme, “As for Me and My Household, We will serve the Lord”, taken from the Book of Joshua, which was also the theme of the 10th anniversary of the terrible anti-Christian violence in Kandhamal District of Odisha state, marked on August 25.

“The celebration of DLS is a clarion call to the whole Christian community in India to renew our faith and to awaken our consciousness to be the voice of the voiceless and to stand with the vulnerable Dalits in society,” Father Devasagayaraj M. Zackarias, the secretary of the Office of SC/BC told Matters India.

“Dalit”, in Sanskrit, means ‘broken or  “trampled upon” and is used to refer to those outside India’s rigid four-tier Hindu caste system, who were once called “untouchables.”   Because Dalits fall outside the caste system they are considered social outcasts, and hence have been shunned, deprived and exploited socially, economically, politically or otherwise through centuries.

The ‎Indian ‎Constitution reserves special privileges and benefits such as quota in government jobs and educational institutions for Dalit, tribal groups and scheduled castes to ‎help their socio-economic uplift.

However, the Presidential Order of August 10, 1950, initially stated that “…no person who professes  a  religion  different from the Hindu  religion  shall  be deemed to be a member  of  a  Scheduled Caste.”   Subsequently, the Order was modified twice to include Sikhs (in 1956) and Buddhists (in 1990) after they protested, but Muslims and Christians of low caste origin have been excluded despite protests and petitions.

“We are united in the same spirit of God to love and treat others with brotherly and sisterly concern,” Fr. Zackarias said.  “The Indian Constitution gives us the freedom to profess to practice and to propagate one’s religion. But in reality, our Dalit sisters and brothers are denied the Scheduled Castes rights just because they convert to Christianity thus denying their religious freedom,” he added.

Discrimination within the Church

Father Zackarias lamented that Christians of Dalit origin “not only experience discrimination within the Church but also by the State and the society.”   “God created all to be His loving children and to become Christ-like, but in reality we remain strangers to God by discriminating our own fellow members,” he said.

The CBCI continues to take necessary steps to eradicate the caste-based discrimination that exists in the Church. In this regard, a policy for empowering Dalits was released in December 2016 which declares that ‘Caste discrimination is a grave social sin.’

So far there is hardly any progress with regard to the case by the CBCI Office for SC/BC in the Supreme Court of India, challenging the validity of Presidential Order of 1950 that excludes Christians and Muslims of Scheduled Caste Origin from the Scheduled Caste list thus denying freedom of religion.

Explaining the theme of DLS 2018, Fr. Zakarias said that the episode of Prophet Elijah who was sent to the starving widow whom Jesus praises for her generosity, “gives us the hope that God is on the side of the poor and the marginalized.”

“Let us come together to take part in creating a peaceful and harmonious society to live, love and share together,” the priest urged, adding, “the DLS is an opportunity to give hope, to empower and to uplift the lives of Dalits.”

“We hope to get justice from the Supreme Court based on the merit of the case,” Father Zackarias said.

DLS has been celebrated every year since 2007 by the CBCI in collaboration with the NCCI.   Fr. Zackarias said that since 2017, the annual day is being observed on the second Sunday of November.